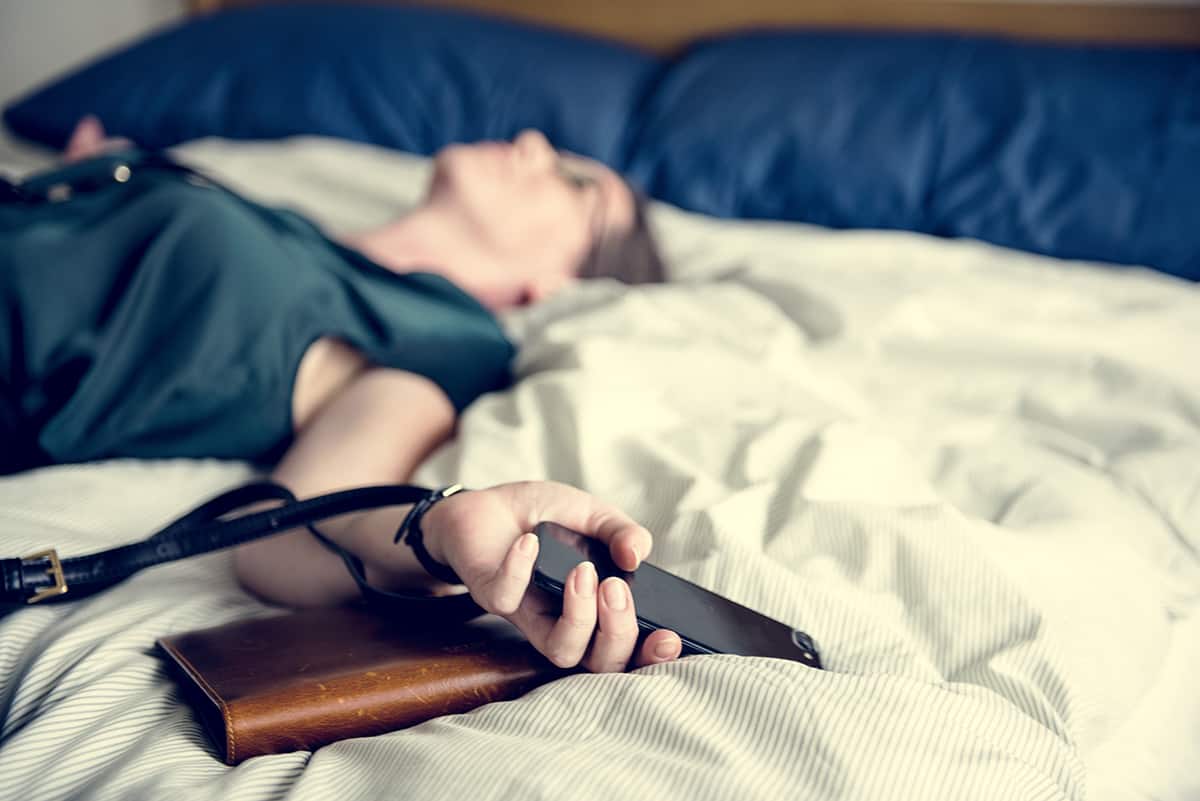 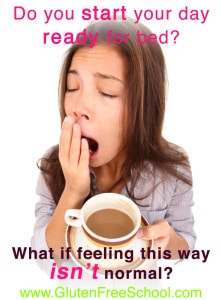 After sharing my own personal story of adrenal fatigue, the response from folks was astounding!  More and more people came forward to acknowledge that they too were struggling with similar issues.  The article was a big A-HA moment for them!  (If you haven’t read the article yet, CLICK HERE to read it.)

The reason I mention this is because according to Samantha Grant, CN, if you’re sensitive to gluten for whatever reason (ie. celiac disease, gluten sensitivity, thyroid issues, autoimmune issues), you’ve got a higher chance to depressed adrenal function. “The body is under physical stress and operating in a state of constant “threat”.  Constant stress demands the adrenals to work overtime releasing excess cortisol in response. Too much cortisol weakens the immune system.“

What ends up happening feels to many like a vicious cycle!  Gluten ran your body into the ground, but after going gluten-free, you don’t feel as good as you’d have hoped from years of depleting your system.  Sugar, starchy foods and caffeine are used to replace the energy you no longer have and end up pulling you down even further long-term (as they all tax the adrenals too!).

[Grab my FREE guide to getting Hormone Help by clicking HERE!]

How Likely are You to have Adrenal Issues?

The problem is more widespread than many of us would even think.  I asked Samantha about her best guess estimate of how many folks out there struggle with adrenal issues and she shared that based on the labs that she runs, “at least 1 out of every 3 people has some degree of mild adrenal dysfunction.”  Considering how many emails, tweets and comments I received about the article about my own struggles, I’m inclined to agree.

What happens if adrenal issues are let go for too long?  “The biggest consequence is Addison’s Disease which occurs when the adrenal glands cannot make enough of their hormones and this requires treatment by a doctor. Less severe, albeit uncomfortable consequences are extreme fatigue, low blood pressure, poor blood sugar control and impaired immune function,” says Samantha.

“Also for women- if you are entering menopause with adrenal fatigue, those symptoms can be more severe. When the ovaries slow down making hormones, the adrenals help out unless they are depleted as well. Even men can suffer from low testosterone levels due to adrenal stress.”

To demonstrate to you just how important adrenal health is to one’s daily life, I want to share with you an incredible story of Taylor Miller.  He’s a teenager living with Celiac Disease who is truly an inspiration to the gluten-free world blogging away at www.GlutenAway.com.

Taylor’s celiac diagnosis left him still feeling very sick with many medical problems. In October 2011, “my health was dramatically going downhill over time and I eventually got to the point of blacking out at school and being forced to go to the hospital. After a week getting MANY tests done, doctors discovered that my cortisol levels were nearly nonexistent at the point of the day when it should be highest. I was told that I only had three months to live and would die at the age of 13,” states Taylor.

I’ve spoken of complications with low adrenal function, but Taylor’s adrenals do not function at all, therefore he literally survives each day by taking cortisol supplements based upon his own personal judgement of how he feels.  Though Taylor was diagnosed with a rare type of adrenal disorder with no specific name as it has never been seen before, I want to underscore just how important proper adrenal function is.

Even Taylor believes that everyone who has Celiac or gluten sensitivity should be aware of adrenal fatigue or adrenal problems in general. “Eating gluten or having Celiac Disease is a major stress on your body. After getting diagnosed, some people on a gluten-free diet may still suffer with fatigue, brain fog, and many other celiac-like symptoms that should no longer be an issue. This isn’t something a normal person with treated Celiac should have to deal with after getting diagnosed and could mean you are suffering from adrenal fatigue that should be addressed.”

Taylor warns that “diet plays one of the most important roles in adrenal health. I have cut out caffeine which has improved my energy greatly as well as limiting high glycemic foods or foods high in sugar. There are many things I advocate in general for the gluten-free diet, one of those being to eat as many natural foods in your diet as possible. It truly does help with your energy and overall gut health.”

We share the opinion that the Standard Gluten-Free Diet can cause some major problems down the road.  “Even though you may think eating gluten-free should help with adrenal health, this isn’t necessarily true. Many of the sugary gluten-free foods today can actually be just as bad if not worse than the normal gluten-filled foods. Gluten-free breads, cookies, and sweets can all still cause adrenal fatigue if consumed too much,” says Taylor. 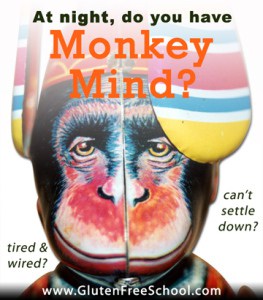 The all too common issue of poor sleep can really throw you for a loop.  If night after night you experience the miserable state of feeling “wired but tired”, consider heeding this as a warning sign of imbalance.

“The body is tired, but the mind can’t shut off.  I call it “monkey mind” where sleep patterns become disrupted, fatigue sets in and you start reaching for foods to give you a “lift” (ie. caffeine, sugar, refined gluten-free carbs).  All of this causes you to become more fatigued after the initial “high” wears off during your day,” states Samantha.

Daily stress, hidden gluten still lingering in your diet and other undiagnosed food sensitivities are all big factors in how you feel.  Management and elimination of as many triggers as possible from your life can make a substantial dent in regaining control over waning energy levels.  There isn’t a magic pill available to resolve a long-term issue like this.  You’ve got to make changes overall to how life is structured and what you eat.

1. Get your Sleep back on track!  Samantha suggests that you normalize a sleep pattern by “going to bed at the same time each night and waking at the same time in the morning – even on the weekends.”

2. Avoid going skipping meals.  Though it can be tempting to skip a meal because you don’t have enough time (usually Breakfast is the one that tends to get cut first), develop a meal plan for the week so you know what you’ll be cooking and when.  “Eating regular meals keeps blood sugar stable,” sharing Samantha and causes unnecessary stress on your adrenals.  If Breakfast is a problem, go to bed 30 minutes earlier each night so you’ll have more time in the morning to take care of yourself.

3. Learn to laugh! Believe it or not, but laughter “is a great stress reliever!”  Watch funny movies, go to a comedy show or perhaps just make time to laugh with your family and friends.

4. Try eating more cooked foods. Raw foods can be difficult for the body to digest on their own. Salad for every meal might be too much for your digestive system especially if you have consistently loose stools.  Cooked, roasted, steamed or even pureed foods are less work on your body and allow for more focus on nutrient absorption and assimilation.

Jennifer Fugo, MS, CNS is an integrative Clinical Nutritionist and the founder of Gluten Free School. She works with women who are fed up with chronic gut and skin rash issues discover the root causes and create a plan to get them back to a fuller, richer life.