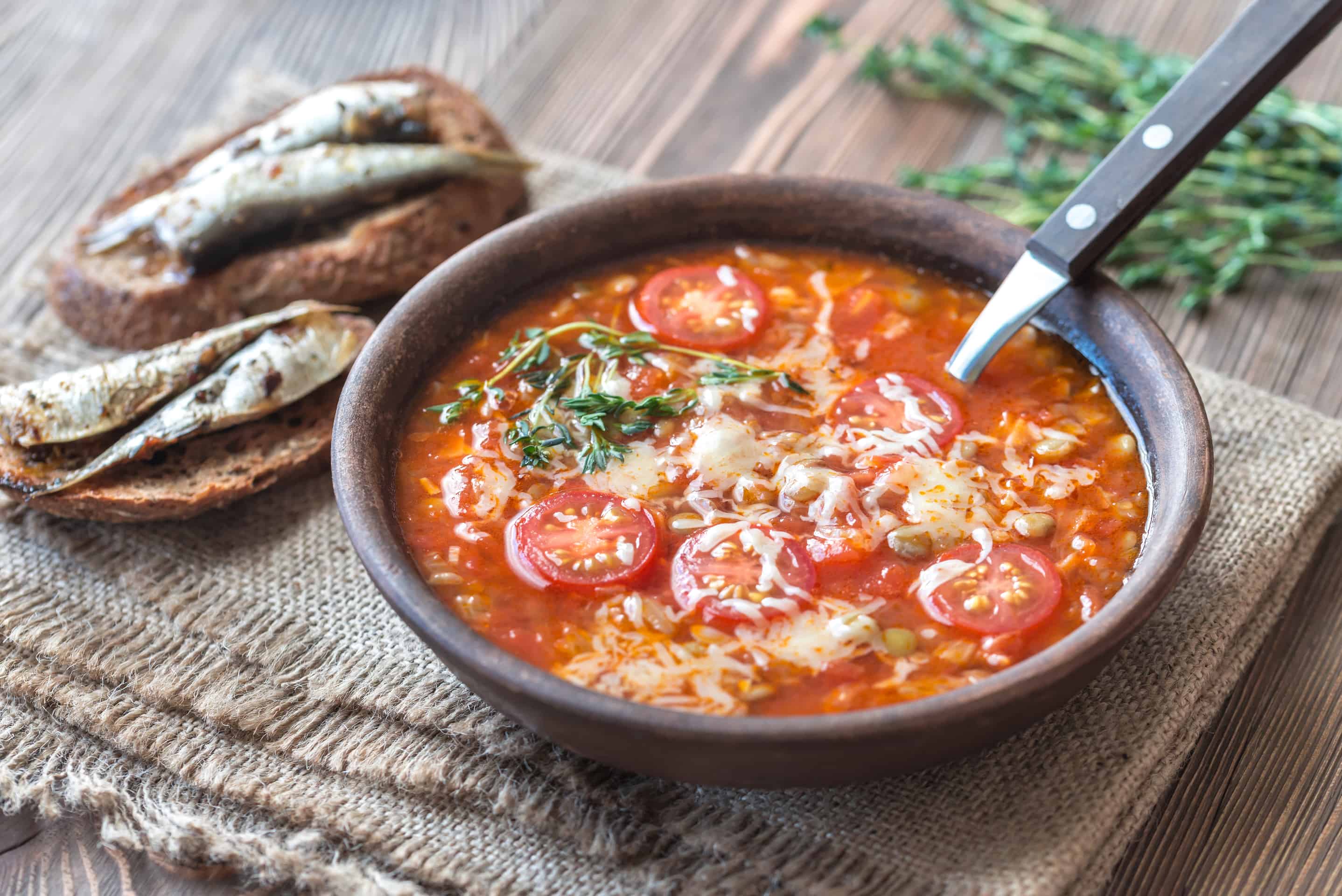 There’s something about a nice hearty stew in the winter months that seems to brighten anyone’s day! Add bacon to it, and people will like it even more (or so those who eat meat, like my husband will say).

The idea for this incredibly easy and flavorful soup came to me about 6 years ago when I was friendly with a well-known chef of a Philadelphia hotspot. He was originally from Italy and suggested combining lentils with pancetta for a tasty side dish. Well, the rest is history and now everyone who gets even a whiff of this soup wants a bowl and the recipe.

Don’t know what it is?  Pancetta is the Italian version of the American breakfast favorite, however I’d not suggest substituting regular bacon in this dish. Pancetta doesn’t get all crispy and hard like bacon does and you don’t need a whole lot of it since it’s flavor is quite pronounced.

If you can’t find it at your local grocer, look for Boar’s Head (as it’s gluten-free) which does have a pre-packaged 1/4 lb. or something that can be sliced at the deli counter. Just make sure to alert the deli person of your gluten issue before they slice it so that your slices aren’t contaminated on the cutting machine.

This soup is easy-to-make (and cooks even faster if you get the TrüRoots sprouted lentils which cook in 10 minutes), freezes wonderfully, and can even be re-heated and combined with another can of diced tomatoes to make a quick pasta sauce. It’s also something that will please men (since it’s got a distinct taste of bacon to it), but isn’t overly complicated and relies on the lentils for a healthy shot of protein and fiber. 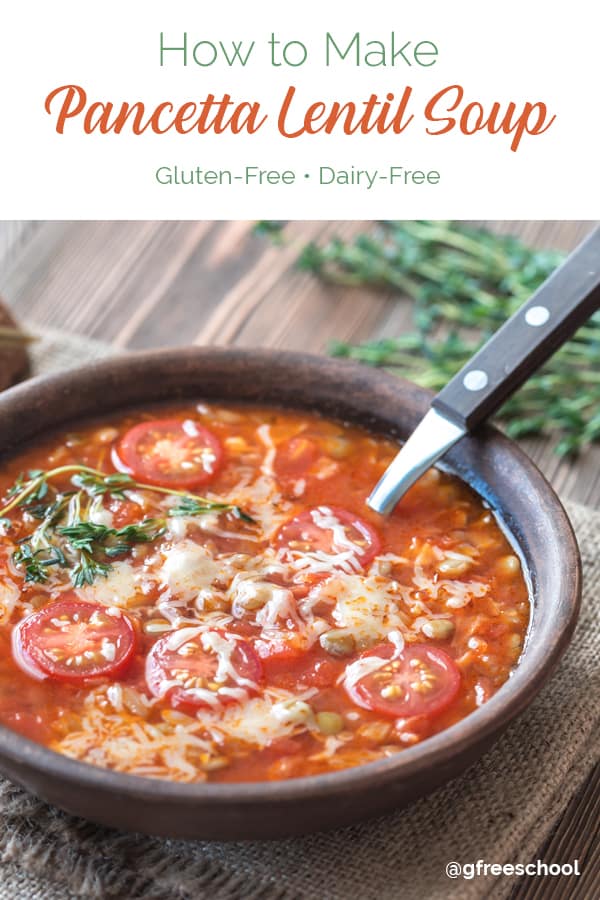