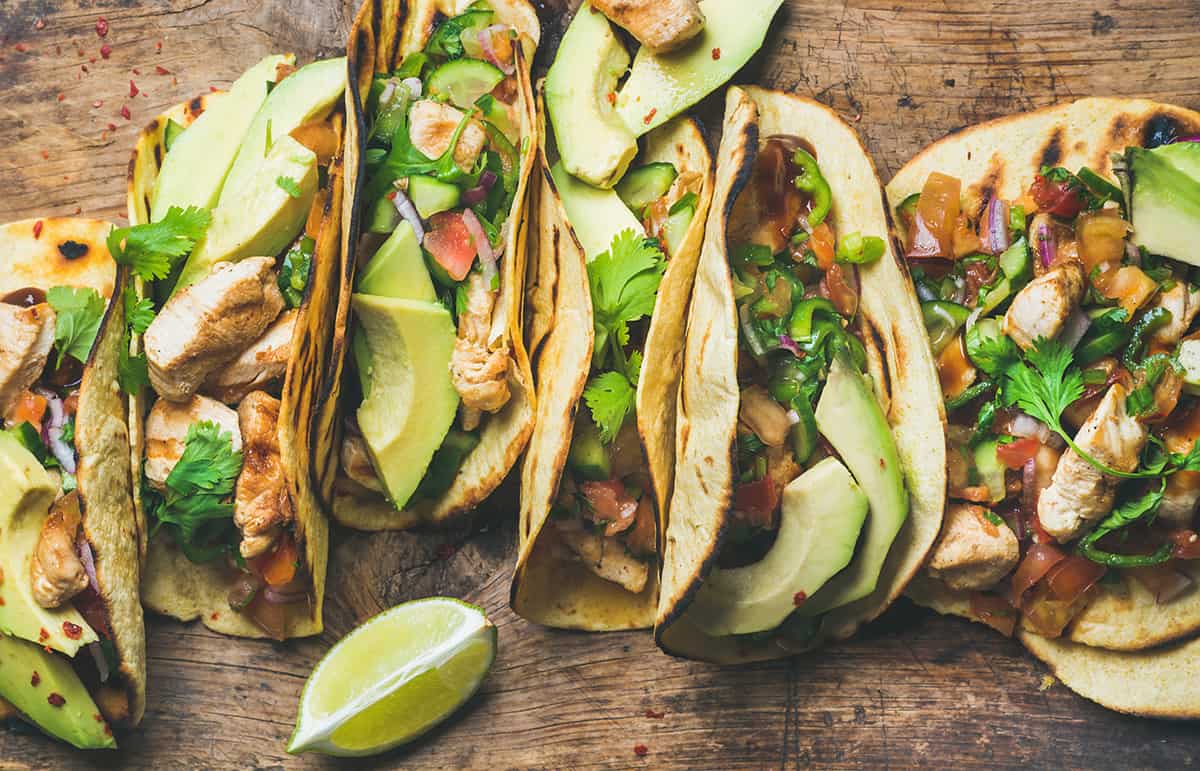 Nothing says “simple meal” to me quite like low carb turkey tacos. They’re so easy to whip up after a crazy day or for when you’ve pretty low on energy.

They’re naturally gluten free too which means that everyone else at the table will be happy. A common question I get from readers is “how do you make just ONE meal and keep everyone happy?”

This recipe is an answer to that question.

Low carb turkey tacos is actually the brainchild of Dr. Terry Wahls who you probably remember as a guest on the Gluten Free School Podcast. She developed a revolutionary program that has pretty much eliminate her own MS symptoms. And it’s done wonders for others who have also require a strict diet due to advanced autoimmunity.

Before you dismiss her as another diet guru, you should know that her protocol has science behind it.

You can check out some of her recent published scientific research HERE, HERE, and HERE. I share this to help you understand that she didn’t just make this up.

Her theories are based on both scientific research as well as her own amazing recovery from being nearly debilitated by the progression of MS. She began by working on her own health and then applied it to others whom she works with through the VA.

While the diet can feel rather daunting at first, she’s now sharing a way to make it more accessible and more doable than ever.

Hate how dry ground turkey can get?

If that’s the case, you’ve been using the wrong type of turkey meat.

What you actually hate is ground white turkey meat.

It dries out and often has very little favor. The reason is that there’s about half the amount of fat in white versus dark turkey meat.

As a result, dark turkey meat is richer and reheats better. I’ve talked about this before in my moist Turkey Burger recipe HERE.

Aside from this point, ground dark turkey meat is significantly cheaper than the white meat. So if you’re looking to save some money, this is a great way to do so.

Hands down… you’ll enjoy your low carb turkey tacos more if you buy the dark meat.

One thing that both Dr. Wahl’s and I agree on is this –> buy better quality meat.

The major reason to do so is that better quality meal is hands down more nutritious. It typically has a higher amount of inflammation-reducing Omega 3s than from animals raised in an industrialized system.

Their richer nutrient content is the result of being fed (or having the opportunity to eat) a more natural diet appropriate for their species. In case you didn’t know, turkeys aren’t vegetarians. They eat bugs such as grasshoppers, circadas, beetles, caterpillars, snails, dragonflies, etc. My point in sharing this is that if you’re turkey is marked as being “vegetarian fed”, you should question the conditions wherein the turkey was raised.

Additionally, the sheer horror that is factory farming and their practices has many negative consequences.

If you’ve never read the book Omnivore’s Dilemma by Michael Pollan, then you should. It’s one of my favorite books.

To be brief, here’s three reasons why factory farming is a nightmare.

The second reason is toxins found in the food, water, and air that enter the animal are typically stored in their fat. That’s why you should not eat the fat from factory farmed animals since it will then increase your exposure to environmental toxins.

Lastly, the contamination of land and water. This is typically why food-borne pathogens end up on your food that then triggers food recalls across the US.

Where do you get better quality turkey?

Even though grass-fed and pasture-raised meats aren’t available everywhere, you certainly can have them shipped to you.

Services such as US Wellness Meats offer home delivery of various meat products that are far superior than the run-of-the-mill meat on sale at your local grocer.

US Wellness Meats actually carries turkey as well as a large variety of other animal product options.

I highly recommend that you check them out!

It’s important if you’ve been sick for a long time that you do your best to eat higher quality food, but especially those derived from animals. 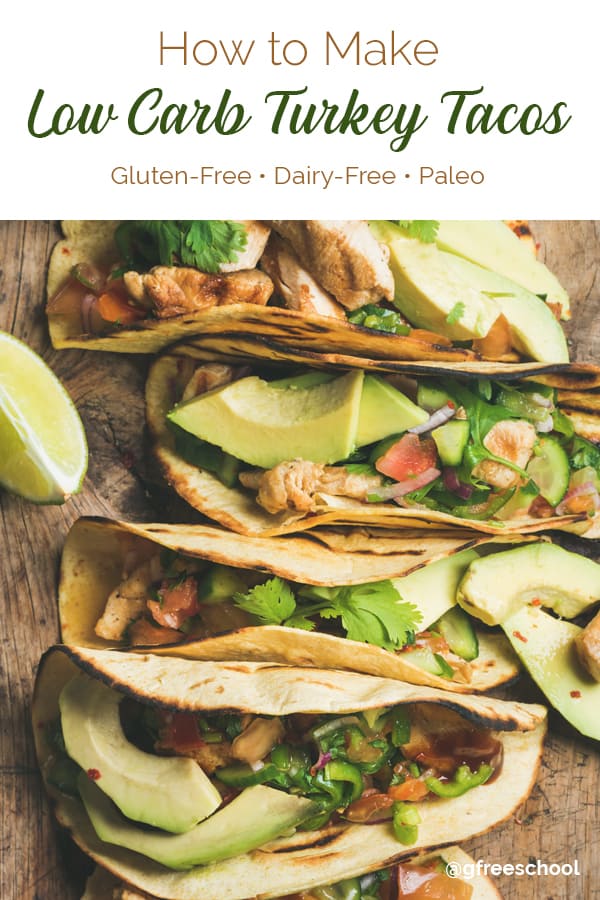 Alternatively, serve the filling on a bed of greens as a taco salad.

Cooking tip from Dr. Terry Wahls: You don’t need to add water or broth to the fat when you are cooking the meat for this meal.