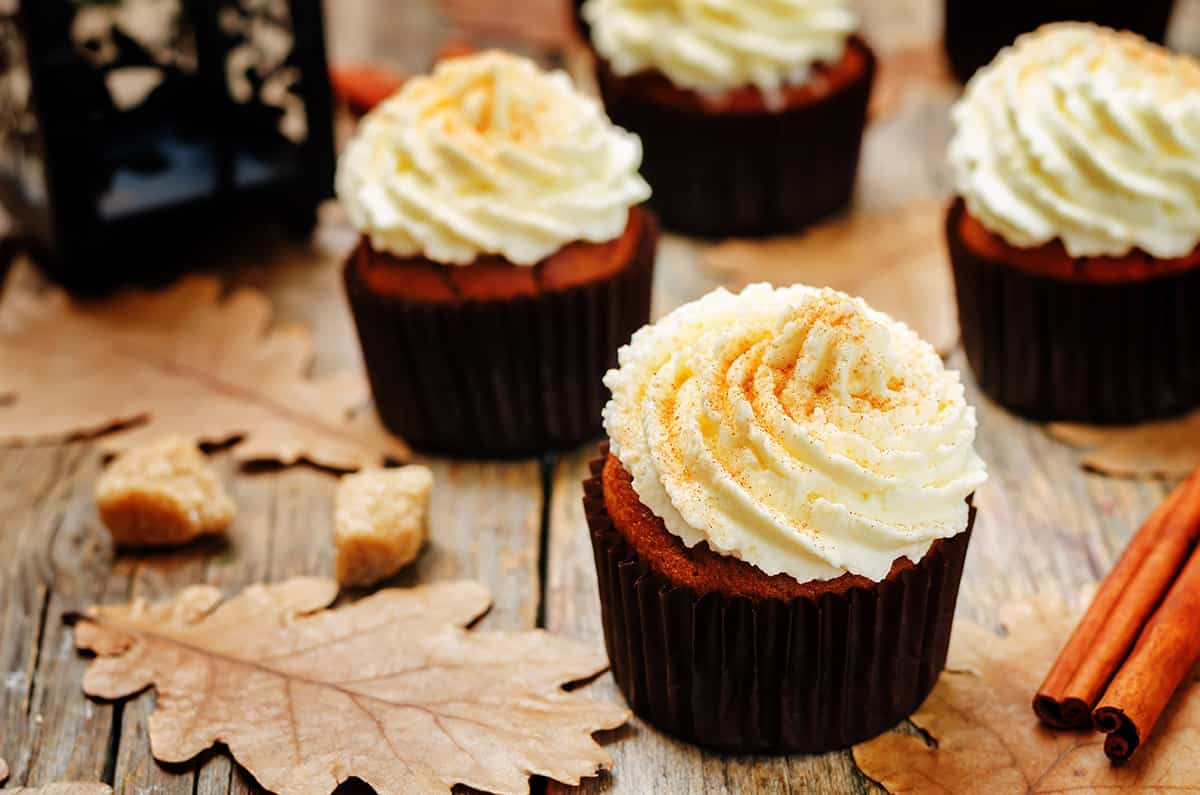 Want a perfect holiday dessert that won’t leave you feeling deprived or guilty? Look no further my friends! We’ve created these amazingly moist and flavorful Flourless Spiced Pumpkin Cupcakes with Coconut Vanilla Whipped Frosting that will make even your gluten-eating guests ask for more!

What makes these pumpkin cupcakes different from other popular “pumpkin spice” treats–or famous Starbuck’s latte flavours? First of all, these cupcakes use REAL pumpkin!–unlike so many other “pumpkin” treats out there. More specifically, using real pumpkin butter is the key to getting that concentrated warm pumpkin flavor that is so comforting and seasonal. It’s great for baking with pumpkin in general! (Trader Joe’s makes a phenomenal pumpkin butter).

Second, this dessert is a step above the usual cupcake on the health scale–but they definitely don’t taste like it! Chock full nutrient dense almond meal (instead of refined white gluten-free flours) and loaded with natural spices like cinnamon, nutmeg, and cloves.

The coconut palm sugar in this recipe (sustainably sourced) is a great alternative to regular white sugar as it’s lower on the glycemic index, meaning it won’t cause such a spike in your blood sugar levels. Coconut palm sugar also lends a rich brown shade that when mixed with deep orange pumpkin butter creates a beautiful dark orange cupcake. If desired, organic cane sugar can easily replace the coconut palm sugar. Or for an even lower sugar impact, liquid stevia can be used as an alternative sweetener in this recipe instead.

Even this whipped vanilla frosting is a much healthier option than the usual store bought type which is often so loaded with sugar it makes your teeth hurt! Using minimal organic powdered sugar (or Stevia alternatively) and real gluten-free vanilla extract, it’s light and airy, but will still hold it’s shape–even if it’s left out overnight. So what’s the secret?

It’s surprisingly easy–using only the cream from full fat coconut milk, usually found canned in most grocery stores. In order to separate the smooth coconut cream from the liquids in the can, try this trick–Place one can of full fat coconut milk (non-lite) in the refrigerator upside down and let it chill between one to two hours. After the can has chilled, open it using a can opener and strain off the liquid that has pooled at the top of the can. Beneath, you’ll find only the coconut cream that is used as the base of the whipped frosting! It’s full of nutrients, healthy medium chain fatty acids (the healthy saturated fat!), and pure coconut flavor. Whip it up with the other frosting ingredients and dollop it onto the cupcakes, adding a dash of ground cinnamon and nutmeg for a stunning presentation. 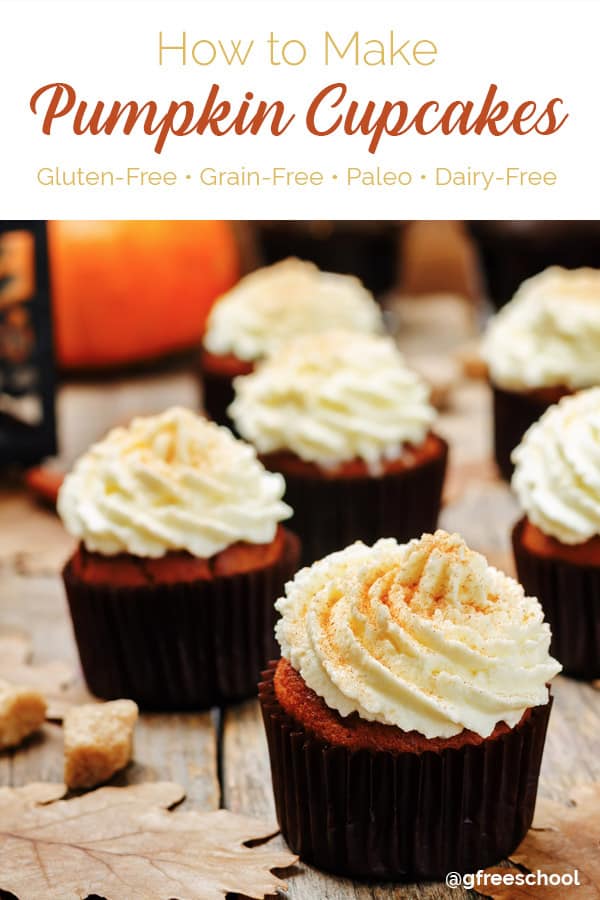