Can a Gluten Free Diet Increase Fertility and Reduce Risk of Miscarriages? 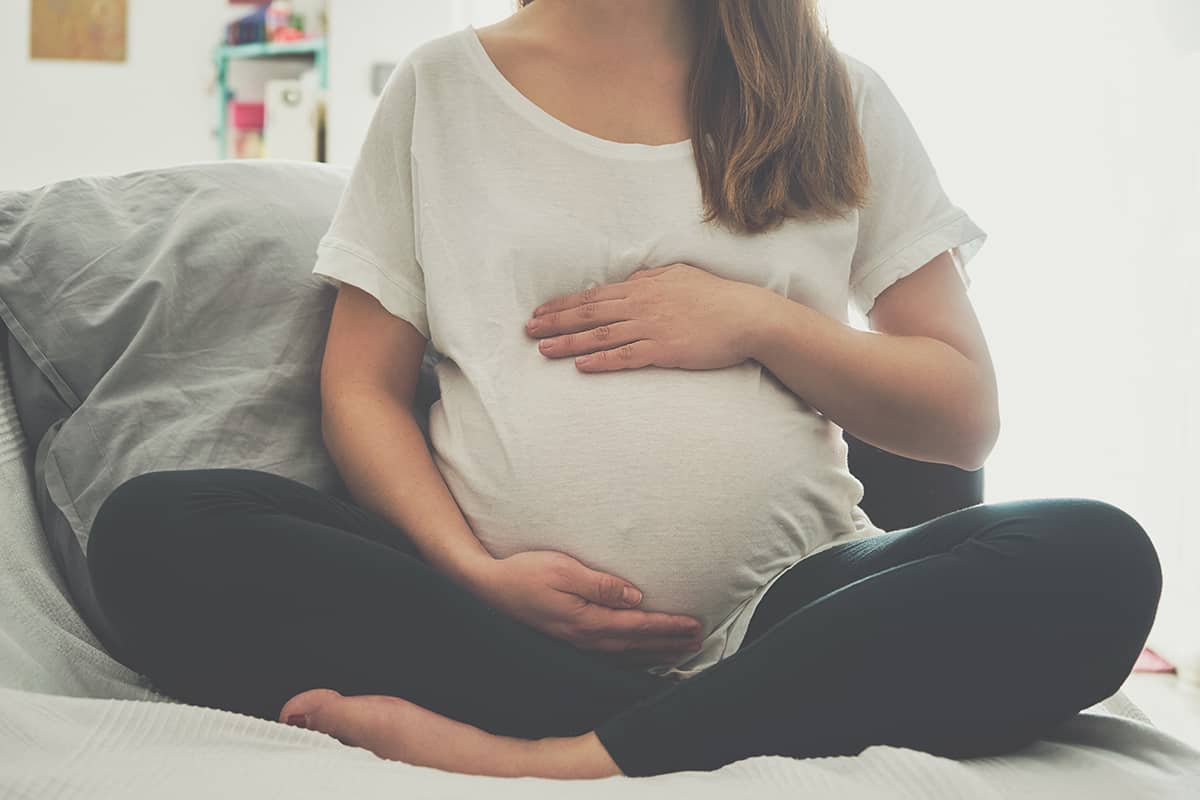 Have you got babies on your brain? Could a gluten free diet increase fertility?

For anyone seeking to start a family, a sensitivity to gluten or Celiac Disease can make that goal a bit tricky if not impossible. Unless, of course, there is a willingness for the ladies affected by these issues to comply 100% to being gluten-free.

Can a Gluten Free Diet Increase Fertility and Reduce Risk of Miscarriages?

Many folks I’ve spoken with share personal stories of struggling to get pregnant only to learn of celiac disease or a gluten sensitivity.  And they can also affirm that going gluten-free helped them get pregnant.

Though many come to learn much later (after having a history of trouble getting pregnant) that gluten was possibly part of the problem from the get-go, it underscores that more research needs to be done in this field. I was able to find this Russian study from 2012 notes that the incidence of gluten sensitivity in those with issues conceiving is 4.1%.  The question is, why aren’t doctors and fertility specialists more in the know about the potential red flags for gluten sensitivity?

Bennedette Davis of Buffalo, NY shared with me that gluten sensitivity was behind her inability to get pregnant.  A diagnosis of PCOS (Polycystic Ovary Syndrome) led to some personal research where she came across information about removing gluten. Though she didn’t think gluten was a problem for her, she removed most from her diet and eventually became pregnant (This was after she was previously told that the likelihood of getting pregnant was very slim).  Only when she assumed she was in the clear with gluten and “…introduced gluten again thinking, “Why not? I am fine now.”” did she realized how serious her problem with gluten was after becoming very ill.  Her doctor advised her to continue avoiding gluten during her pregnancy.

Though we’ll hear from an awesome guest writer today (Kelly LeDonni, founder of GlutenFreeLabels.com), this issue also affects the men.  A study from 1983 demonstrates that researchers were aware that celiac disease can pose a problem on the male end of things and that a gluten-free diet had the capability to reverse the infertility issues. Even the Mayo Clinic has Celiac Disease listed on their site as a potential reason why guys might have some trouble.

Now, I’m not suggesting that every single person out there who has a fertility issue should automatically go gluten-free.  The gluten-free diet is not a fad and won’t fix or cure every ache and pain.  It’s no magic bullet.  However I do believe after listening and reading the stories from so many women who struggled to conceive and how gluten may have been a problem, the question of gluten sensitivity should be a part of the infertility equation just as any other issue would be.

But if you know someone who is struggling to conceive, share this article with them… it might be their game changer!

Gluten-Free Diet was the Key to Creating My Family

As a child, I never suffered from stomach issues. Apart from some mild bloating, I experienced 2 to 3 stomach aches per year (at most). Nothing about my physical condition screamed Celiac Disease, however I did suffer from migraines and I was diagnosed with Hypothyroidism in 2003. Still nothing pointed to a gluten intolerance as far as my doctors were concerned.

In 2005, I married and, shortly thereafter, my husband and I set out to start a family. Unfortunately, it wasn’t going as planned and, after 2 miscarriages, I was completely devastated and confused.

To find refuge from my stress, I turned to gardening and during this time I had a chance encounter with a woman named Linda who shared with me some life-changing information.

Similar to myself, Linda had experienced multiple miscarriages, yet her medical work-ups did not point to the root cause for her inability to hold a child. In her 40s, Linda decided to go on a strict gluten-free diet.  Six months later, Linda conceived her only child. As a result, she urged me to immediately get tested for Celiac Disease and warned me not to put it off.

In case you aren’t aware, it is standard for fertility doctors to conduct a series of tests (genetic and chromosomal) to assess the cause after a second miscarriage. When I probed my fertility doctor to test me for Celiac Disease, she assured me that she had never heard of a correlation between gluten sensitivity and infertility. Though her response made me hesitant to insist that she tack on the test for Celiac Disease, thankfully my husband was adamant about adding it to the blood work.

That fateful moment changed the course of my life because though all the blood work was fine except for one result. I was positive for Celiac Disease. An intestinal biopsy was done to confirm that I definitely had Celiac Disease.

My initial response was shock and I honestly didn’t really know what it actually meant. The doctor said that I must go on a gluten-free diet the next day. Knowing that my future was now sans gluten, I decided to have a gluten “going away” party. That night, I pigged out on chocolate chip cookie dough, and a pizza pie. Though I woke up with a pretty bad stomach ache (no surprise), I arose with a fresh perspective and a healthier outlook on life.

I took my diet extremely seriously with the ultimate goal of getting pregnant and I came to learn how the tiniest crumb of gluten could cause me to become very ill. For me, the consequence of cross contamination is an immediate gluten attack due to my heightened sensitivity resulting in violent vomiting within 10 minutes of ingesting gluten.

The good news is that my vigilance worked! After 8 months of living on a strict gluten-free diet, I was able to get pregnant and stay pregnant via in vitro fertilization (IVF) and delivered twin girls. In 2012, we welcomed a baby boy into our family without the help of fertility specialists. I’m happy to share that a gluten-free diet has helped my husband and I have three beautiful children.

After 5 years of being gluten-free, I am so grateful for what seemed like random events in the moment that became the catalyst for that one extra test which led to my Celiac Disease diagnosis. Though my diet and life have changed drastically, my diagnosis has become a source of power and strength empowering me to create a healthier, happier life. Though a journey without gluten has presented many challenges, I believe that my own story is proof that a gluten-free diet can lead to positive transformation, enormous healing, and many blessings.

Kelly LeDonni is the founder of GlutenFreeLabels.com to help Celiac and gluten sensitive folks who cannot afford the risk of cross contamination. GlutenFreeLabels.com offers dishwasher safe labels, oven-safe tags and toothpick flags to give you a more vibrant life where you don’t have to constantly fret over the safety of your food, well-being, and an impending gluten attack.

Click HERE to read my review on GlutenFreeLabels.com products!

Click HERE to check out the GlutenFreeLabel.com product line!