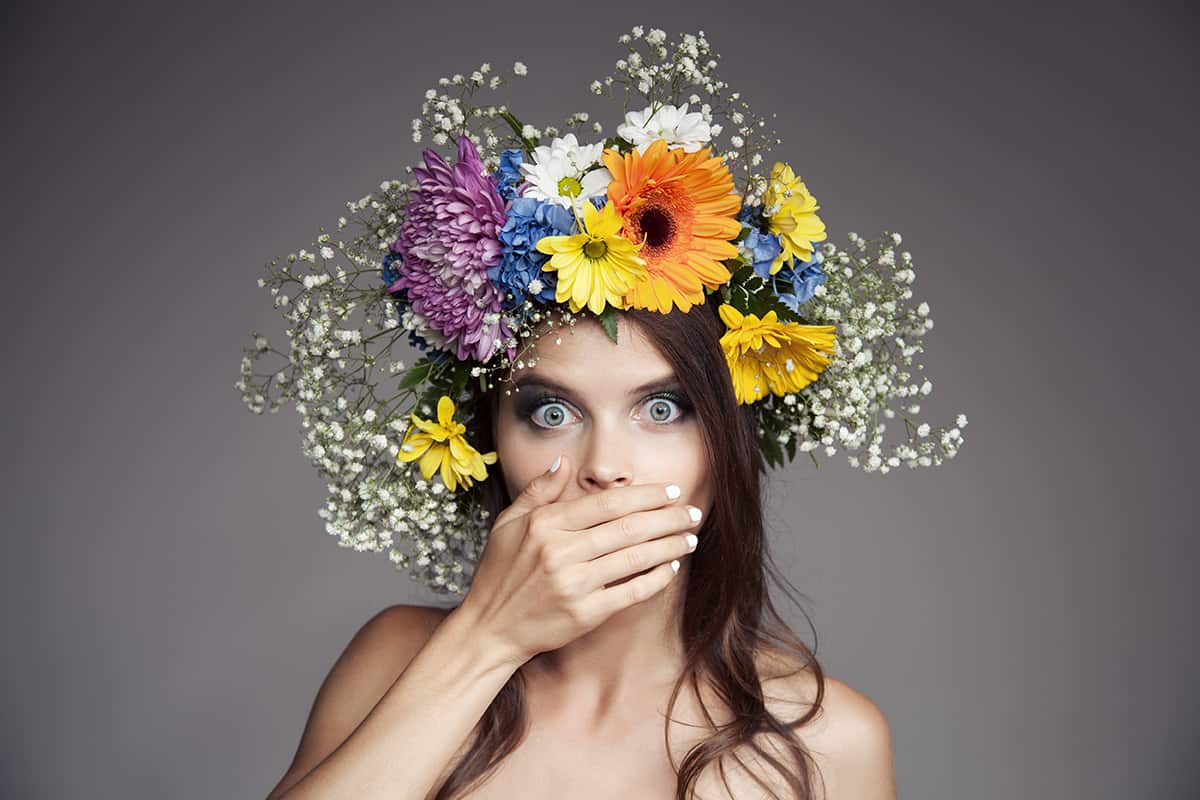 Have you ever ordered food at a restaurant and gotten sick afterward? Maybe you even told the waitstaff you were gluten-free. And maybe what you ordered was marked as gluten-free OR it was on the gluten-free menu. Either way, you know that you just found some hidden gluten in restaurant food. It’s happened to us all. You might not truly know what it was that made you sick, but you know that something in that meal made you sick.

Now I could certainly go on and on about the inherent issues presented with the goofy labeling the restaurant industry uses to skirt the FDA gluten-free labeling decision and why so many restaurants have stopped using the phrase gluten free to even describe their menu, but I won’t. You can read more about that here. And I’m not going to go into issues of cross contamination nor gluten free restaurant certification because that’s a topic for another time.

What I am going to share with you is a list of items most of which I’ve never see listed on other articles pointing out where gluten hides in restaurant food. As both a coach and advocate, I wanted to make sure that you (and everyone you know who’s gluten free) doesn’t get glutened from these sources of hidden gluten in restaurant food. I’ve encountered each one of these spots personally at restaurants, so this isn’t a list I conjured up just to shock you. Though I will say that each time I encountered one of these on the list, I was surprised because I wouldn’t necessarily have guessed that gluten would be hiding there.

If you seem to be getting sick a lot from eating out, you may need to be clearer in how you explain that you’re gluten-free, only go to restaurants that take gluten-free seriously, or you might need to start asking more questions on how the meal is prepared. Because I didn’t want to get sick from getting glutened while eating out (and it rarely ever happens now), I take the process more seriously in the past five years of locating a safe restaurant, announcing my food sensitivities, and asking questions.

Newbies to the gluten free lifestyle often find that hidden gluten is one of the biggest factors keeping them from staying compliant on the diet and from fully feeling better. (Need more help with that? Check this out!)

Love Thai food? Me too. I found out the hard way that pad thai and other stir-fried noodle dishes tend to include soy sauce (which if you’re not aware naturally contains wheat). While you might not necessarily associate soy sauce with Thai food, it’s used in a number of dishes. I’ve found that curry dishes tend to be safe, but ask if the meat was marinated ahead of time (and if so, in what) if it’s not already described as such on the menu. Some restaurants might allow you to bring your own gluten free tamari sauce, but I’ve never truly felt comfortable doing so if an entire meal depends on this ingredient. If and when I eat Thai, I make sure to always question the use of soy sauce.

FYI — Another type of soy sauce I’ve seen used at organic and vegan restaurants is shoyu that also contains wheat.

While you’d think that enchiladas should be gluten free, they probably aren’t unless you inquire about the ingredients and sauces used. I’ve found on a number of occasions that the rojo sauce is not gluten-free. And I’ve also noticed mexican restaurants that label their gluten free dishes as such rarely include enchiladas. My suggestion would be to stick with a burrito bowl (essentially the inside of a burrito), tacos, flautas or sopas after checking that they use corn masa or tortillas.

More bad news involving soy sauce… some restaurants that make up their own balsamic vinaigrette will include soy sauce as a flavor enhancer. For me to even consider agreeing to a balsamic vinaigrette, I’d need to know exactly what’s in it. Otherwise I suggest sticking with a red wine and olive oil dressing or something else that the restaurant can assure you is gluten-free.

While I don’t eat eggs, my husband does and he’s been eating gluten free to see if it would help alleviate issues with migraines. Some restaurants add pancake batter to their scrambled eggs and omelets to make them fluffier. IHOP is notorious for doing this. If you’re not ordering hard-boiled eggs, poached eggs, or fried eggs, you’ve got to ask if batter or any wheat has been added to the egg dish. 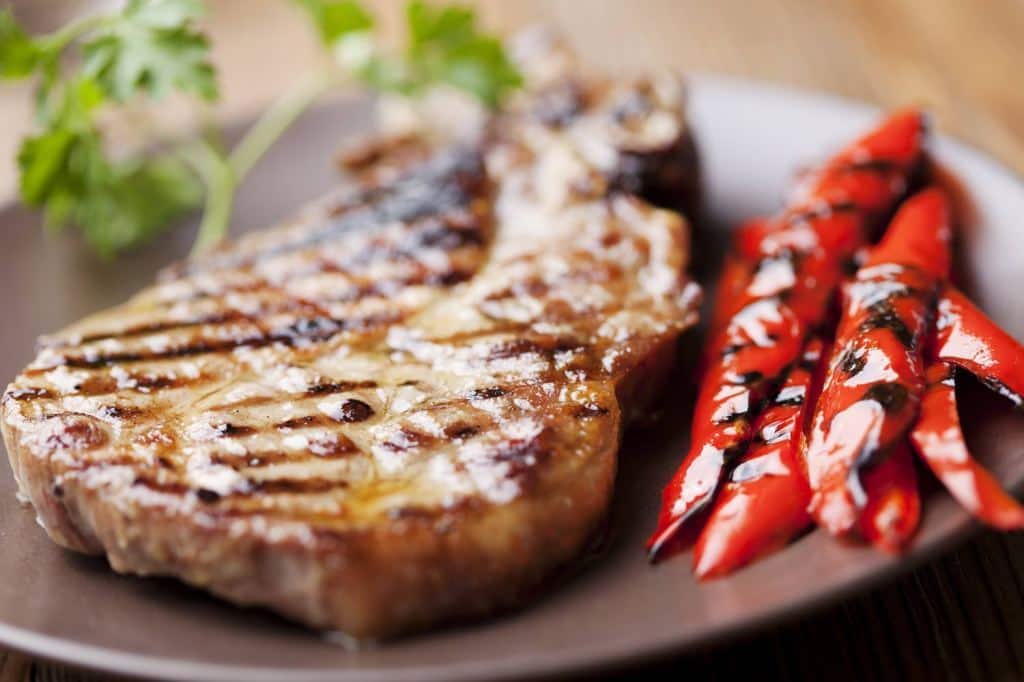 If you don’t make meatballs, you might not realize that breadcrumbs are typically added. Fresh cuts of meat can be a hidden source of gluten because the meat may be dredged in flour before being cooked. Make sure to specifically inform the waiter to tell the chef that the meat should not be dredged and that the grill should be cleaned before your piece of meat is placed on it to cook.

And some hamburgers could be marinated so please double check on that. If they are, always inquire about the marinade. As a general rule of thumb, unless I’m at a 100% gluten free restaurant or a restaurant that truly takes gluten free seriously, I avoid all meats that have been marinated.

While I just touched on the marinade issue, some restaurants (my experience has been with Mexican-style restaurants) will marinade their meat in beer like Dos Equis or Corona. It might not even be mentioned on the menu for that particular item. If the beer isn’t gluten free, then the subsequent food marinated in it isn’t gluten free either. This again underscores why I say to inquire if the meat is marinated and to know what the marinade is or avoid it altogether.

I don’t care if the menu clearly says that their chicken nuggets, breaded shrimp, or anything else that you know was cooked in a fryer is gluten free. It might be gluten free before it went in the fryer, but if that fryer is used to cook other items that do contain gluten, your food is contaminated once it enters the oil. I don’t care what the restaurant tells you about the food being fine and that “no one has complained about it before.” The food isn’t gluten free, period.

A fryer doesn’t get hot enough to degrade gluten proteins. You can read more about what’s required to degrade gluten during cooking here. Unless the restaurant has a designated gluten free fryer (which some restaurants do), fried foods are typically off limits. If you see “gluten free chicken fingers” or anything else like that on the menu, your first question should be if they have a dedicated fryer.

Another note about everyone’s favorite fried side dish — french fries. I’ve actually dedicated an entire article to whether french fries are gluten free here (believe it or not, and it’s consistently one of the most viewed articles every month). Long story short? If they aren’t actual potato slices, then most likely they aren’t gluten free and very rarely will you find sweet potato fries that are gluten free either.

I decided to split tortilla chips off into their own bullet point because they could have gluten hidden in them for two different reasons. The first would have to do with the issue I just made regarding shared fryers. The second, less obvious reason is that they may contain wheat. While tortilla chips are traditionally made from corn, some restaurants serve chips that mix corn and wheat. Before you dive into that big dish of crispy chips, you’ve got to ask if they are gluten free first.

Just a side note, this warning also applies to bagged tortilla chips available at the grocery store. Some chips are marketed as “multi-grain” chips because they have more than corn in them and typically the blend includes wheat.

If you’re scratching your head at this one, allow me to explain. Efficiency is pretty important in the restaurant industry, so things like boiling water can be reused to cook multiple orders of pasta. I’m sure you see where I’m going with this. Similar to what I mentioned about the shared fryer, it’s very important to the wait staff and thus the chef that they cannot cook your gluten free pasta in water being used to cook normal pasta. They must use a freshly cleaned pot with clean water.

And you should always inquire about the sauce used because sometimes wheat is used as a thickener in marinara and other tomato-based sauces. 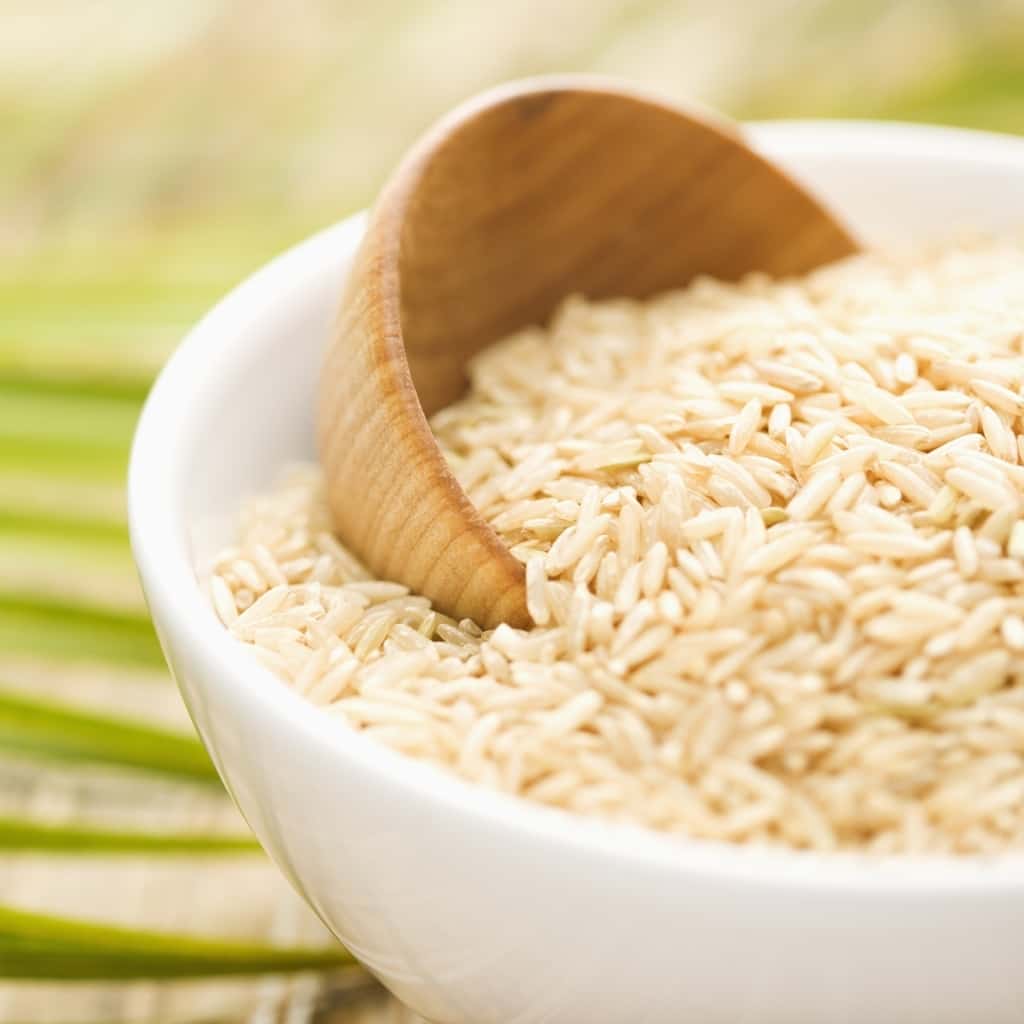 You might know to avoid soy sauce (yes, I know… here it is again!) at the table as well as anything labeled as tempura (which means it was battered with wheat flour/egg mixture and then fried). But what you might not realize is that some restaurants add soy sauce or a cheap grain-based vinegar (that contains gluten) to their sushi rice as it cooks. Imitation crab is also not gluten free. I’ve previously written about this here along with my favorite gluten free avocado sushi recipe that I made at home.

I have a really neat opportunity for you so keep on reading!

I’m hosting a special webinar (that’s totally free) where I’m going to talk about the process how to simplify going gluten-free as well as how I (and my clients) have gotten to a place where the lifestyle and diet are a piece of gluten-free cake.

If you’ve been GF for less than 2 years, are still struggling to “stay on the wagon,” or haven’t even started going GF yet… this is for you. 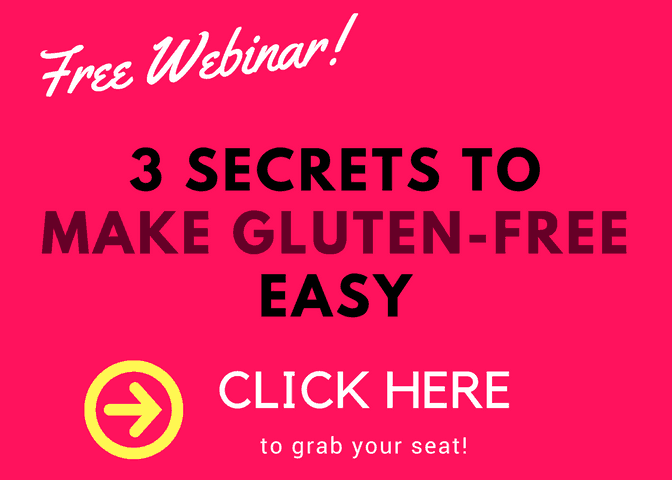 There’s no cost to attend and I’m going to cover some of the biggest questions you have!

Think of it like you and I sit down for a cup of tea (or coffee)… let’s talk. Plus I’ll have a special surprise for you at the end! BUT please be aware that I will not record this event so if you miss it, then you’ve missed out.

Alright, now it’s your turn. Leave a comment below sharing the most surprising (or even shocking) place you discovered gluten while out to eat to help others in our community spot the hidden gluten in restaurant meals! 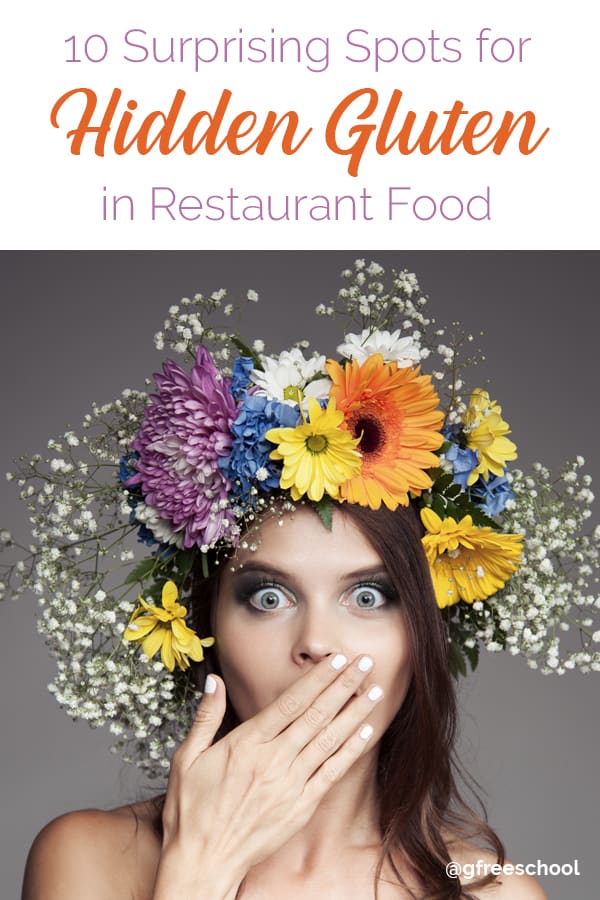