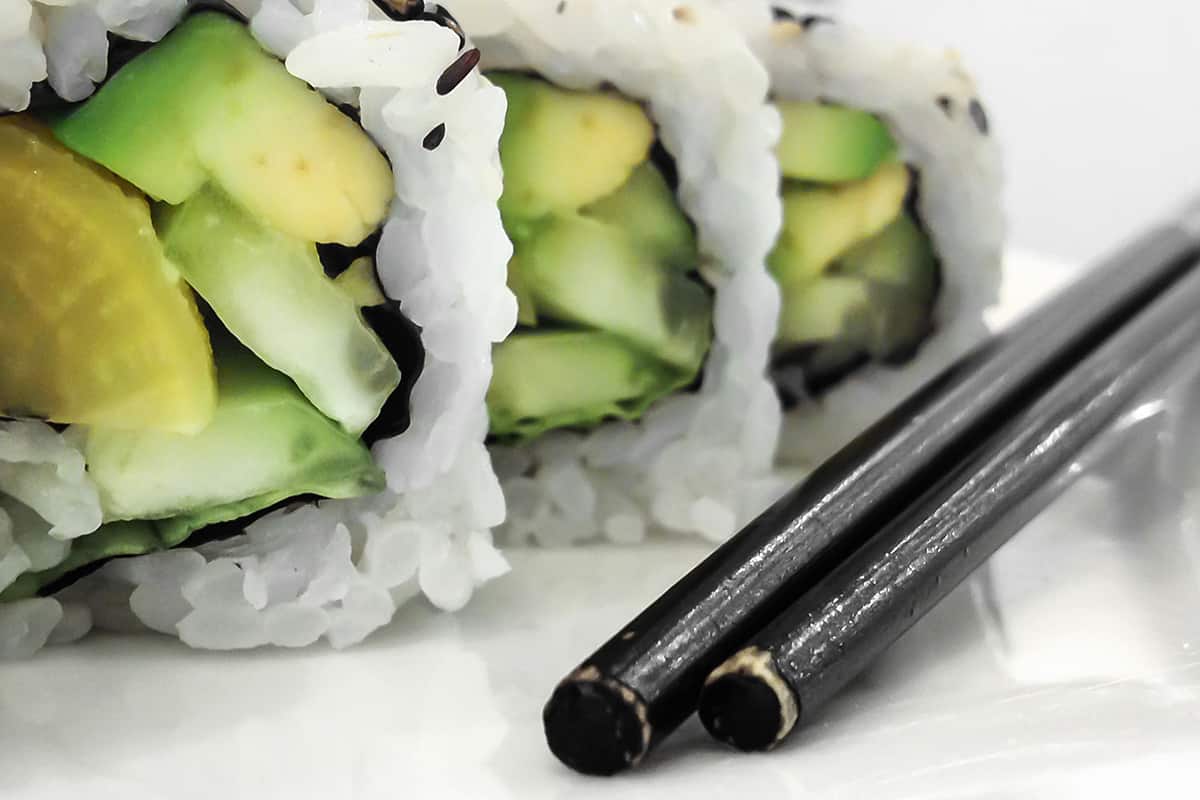 I get asked quite a bit — “Is sushi gluten-free?”

If you like sushi and assume that it’s gluten-free, you might be saddened to know that there’s a good chance that you’ll get glutened from eating it out at a restaurant.  Though I’m not a big fish person (especially not raw fish), but I’ve come to love veggie sushi.  When I learned that even veggie sushi was problematic, I set out to understand why something as simple as sushi wouldn’t be gluten-free.

In reality, sushi SHOULD be gluten-free, however with the rise of food prices and restaurants looking to cut corners, cheaper ingredients (that contain gluten) are used instead of the more traditional versions. And on top of it, cross contamination is difficult for them since some of the staple ingredients (like soy sauce) contain wheat. Here’s the points to watch out for:

I’m sure there are sushi places out there that are aware and accommodating of gluten-free folks, but you may have a difficult time (as has been my experience) explaining what your issue is to a place that isn’t well-versed on serving GF patrons.  I personally don’t feel safe eating in restaurants who don’t fully understand what it means to cook gluten-free.

That said, I decided to give the sushi-making process a go and used some leftover rice in the fridge.  Though it was not perfection, the end result was tasty and hit the spot.  Eventually I’m going to take a sushi cooking class and then I’ll have more to share.  For now, I was blown away by the amount of “LIKES” my photo on Facebook got of my first try at sushi and as promised, here’s what I did… 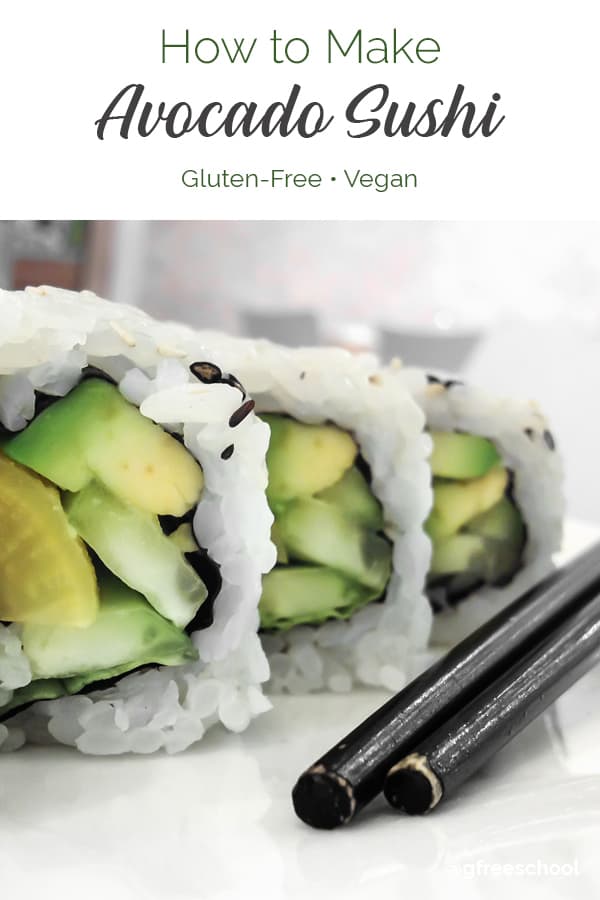