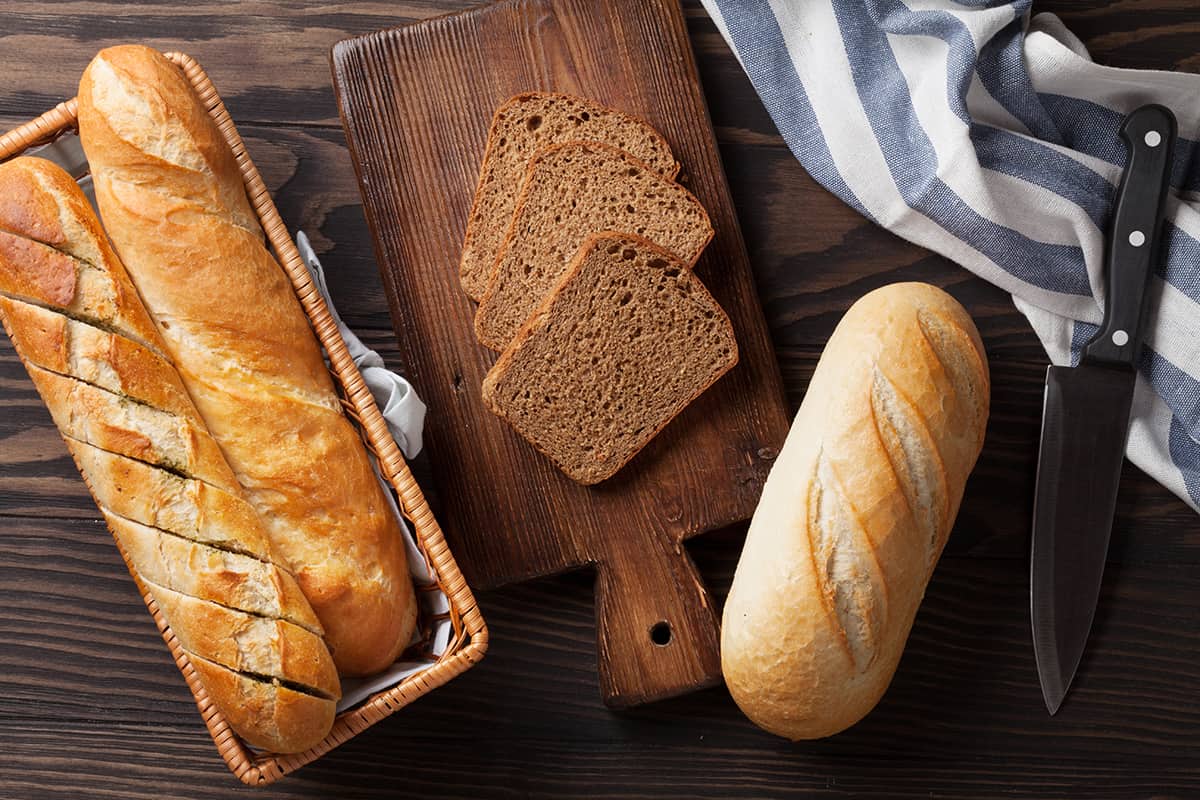 Have you ever wondered what’s the difference between gluten sensitivity vs gluten intolerance?

The terms are used interchangeably even by functional practitioners which would make you think that a sensitivity and an intolerance are the same thing. The problem is that they aren’t. Each term speaks to very different mechanisms at play in your body.

Now I admit that until about a month of so, I was also under the impression that gluten sensitivity and gluten intolerance were the same exact thing. Just about every website you’ll read (especially the big sites intended for the layperson like you) will interchange them. Doctors will also do the same thing even if they’ve been schooled in functional medicine.

Using the wrong terms to describe something ultimately undermines the trust of those who know better. It’s like when people claim they are allergic to gluten because they are gluten insensitive (yes, I did just write the word “insensitive” on purpose).

And second, there’s no such thing as gluten insensitivity.

I’m not trying to poke fun here, but to point out that it becomes hard for others to take us seriously when we use terminology incorrectly.

So let’s take a moment to get in the know so that we can all start using the correct terms from here on out, okay?

To kick off this discussion, let’s drop the focus on gluten for a moment and just focus on the terms intolerance and sensitivity. According to the “Laboratory Evaluations for Integrative and Functional Medicine” textbook, a food sensitivity involves “various classes of food-specific immunoglobulin molecules that can form food immune complexes.” This differs from a food intolerance where an immunological reaction is not triggered.

To be clear — a food sensitivity involves the activation of specific parts of your immune system, but a food intolerance does not.

In order for you to truly understand that there are difference mechanisms here, I want to explain these two concepts a bit further without this conversation devolving into one that’s highly biochemical in nature and beyond the comprehension of many who lack a background in biochemistry and atopic (or allergic) conditions.

Let’s start with the concept of food sensitivity.

If you’ve heard of antibodies (they’re like soldiers of your immune system who attack anything that’s not you like bacteria, viruses, proteins, etc.), then perhaps you’ve heard of IgG antibodies. They are a type of antibody that will attach itself to undigested food proteins that sneak into your body due to leaky gut (also known as gut permeability).

These food proteins do not belong inside your body in their current state. They should have been digested properly and then absorbed by your GI tract, but that’s not what happened. The union of these food proteins with the IgG antibodies triggers an immune response cascade associated with proteins naturally produced in your body called complements.

These complements in turn trigger inflammation and all the other symptoms you experience associated with a food sensitivity which can be delayed for hours up to days after eating something to which you are sensitive.

Now, the easiest way to explain an intolerance is by understanding lactose intolerance.

Many of us are familiar with someone who eats dairy and then has to run to the bathroom because they are lactose intolerant. To get around this, they’ll buy lactose-free dairy products. The reason that someone with a lactose intolerance has gastrointestinal issues is because they lack a specific enzyme called lactase which makes the digestion of lactose (a sugar found in dairy) difficult. So that we are very clear — lactose intolerance exists because the body doesn’t produce enough of the lactase enzyme to breakdown lactose.

Can you see the difference now between the two terms? They refer to very different mechanisms. Food sensitivities trigger an immune system response whereas food intolerances have to do with your body lacking specific enzymes necessary to break down a particular food substance.

Is Celiac Disease a Gluten Intolerance?

That said, I understand why there is so much confusion. WebMD argues that Celiac Disease is an autoimmune “food intolerance” because the body lacks the proper enzymes to break down gluten which then puts it in the same category as lactose intolerance.

Umm… Celiac Disease is an autoimmune disease, not a food intolerance.

An autoimmune disease involves your own antibodies that confuse your own tissue with that of an enemy or intruder. It thinks that, in the case of Celiac Disease, that the lining of the small intestine is the bad guy.

And to make matters worse, while it states that the field of food sensitivities is understudied, WebMD says that these types of reactions are not immune reactions even though they are.

But as many of us who’ve failed to get help through conventional medicine know, conventional understanding of this topic tends to be limited unless a doctor personally takes an interest to learn about it.

Why There’s No Such Thing As A Gluten Allergy 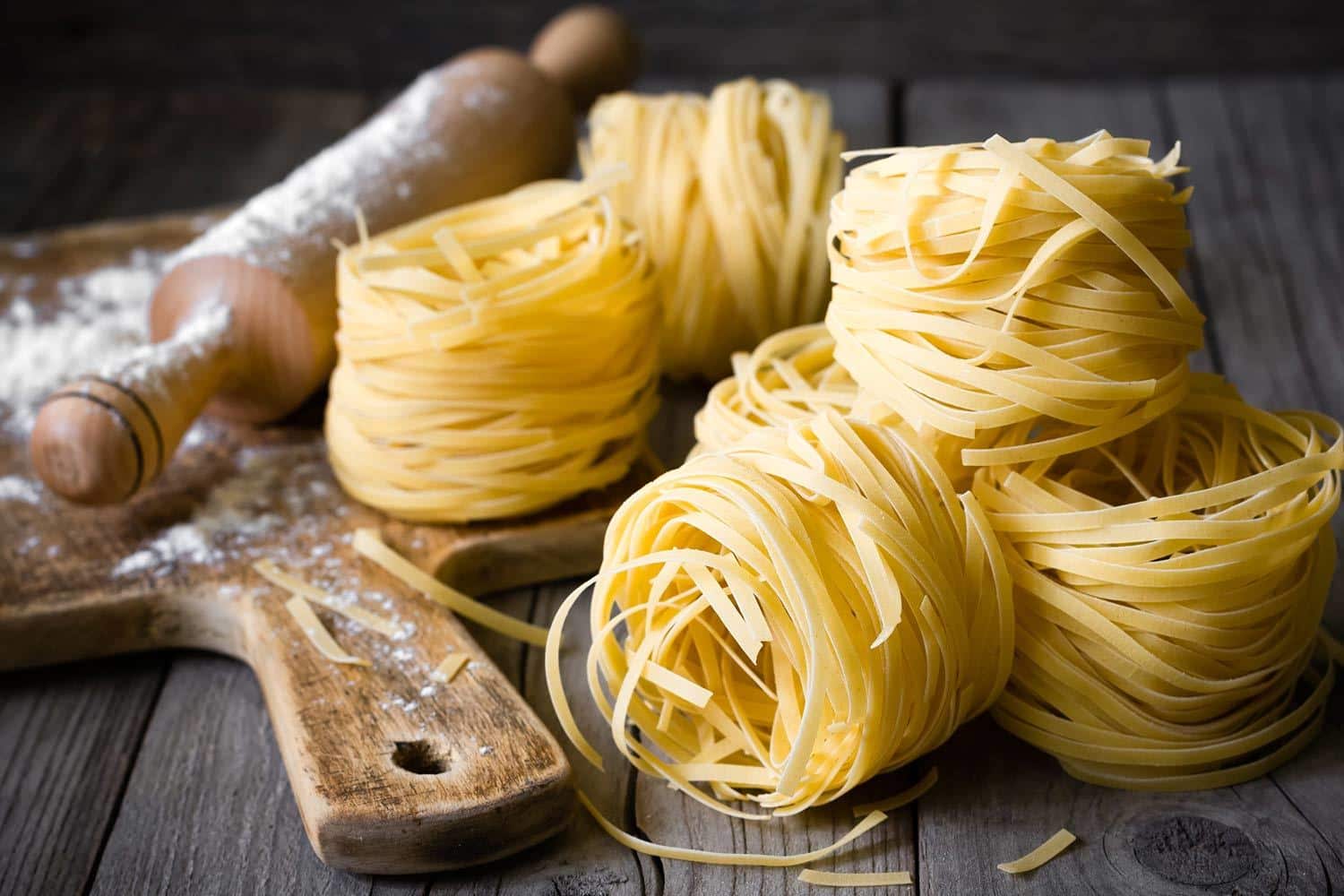 Since I mentioned a “gluten allergy” in my example above, I thought I should quickly explain this further because way, WAY too many people say they have an allergy to gluten. There are even websites that use the term “gluten allergy” on purpose because they know that people like you and I will search that term on the internet. Upon greater inspection, you’ll find that the only actual “allergy” mentioned is one to wheat.

Because of the rise in awareness of gluten sensitivity, there are people who will say that they have an allergy to gluten which is, from my research, incorrect.

One can have an allergy to wheat, but not to gluten specifically.

This has been reported numerous times in the media about people with gluten sensitivity or Celiac Disease (the autoimmune disease triggered by the ingestion of anything with gluten) who say that they have a gluten allergy. Allergists confirm that there is currently no validity that a gluten allergy exists.

You either have an allergy to wheat, gluten sensitivity or Celiac Disease… those are the three options.

Sure, there can be overlap (meaning you could be allergic to wheat and have Celiac Disease).

Actual allergies and sensitivities (and even intolerances) are different. VERY different specifically in the mechanisms of how they occur as a reaction to something (in this case, specifically a food particle).

You do not have the potential to go into a state of anaphylaxis if you have a sensitivity or an intolerance.

Typically IgE antibodies are involved which play a role along with mast cells and the release of histamine during an allergic reaction. If you need more information on food allergies, I’d highly recommend checking out the organization FARE.

Let’s be clear and correct with our words because it matters.

The media, your suspicious friends and family, and even chefs annoyed at the many faddish gluten free restaurant goers are listening.

And… most importantly, they are judging you every time you sit down at their table.

They have a scorecard by which they unfairly act as judge, jury and executioner.

A meal pretty much guaranteed to make you sick because they figure you won’t notice.

Now that you know the difference, please… stop saying you’re gluten intolerant or have a gluten allergy.

I certainly have and apologize for the past few years of using these terms interchangeably. I also call on practitioners to use these terms correctly because patients and the public take your lead.

And now you too, dear reader, can speak more accurately of what’s going on with you and gluten.