How Ibuprofen (and other NSAIDs) lead to Gluten Sensitivity 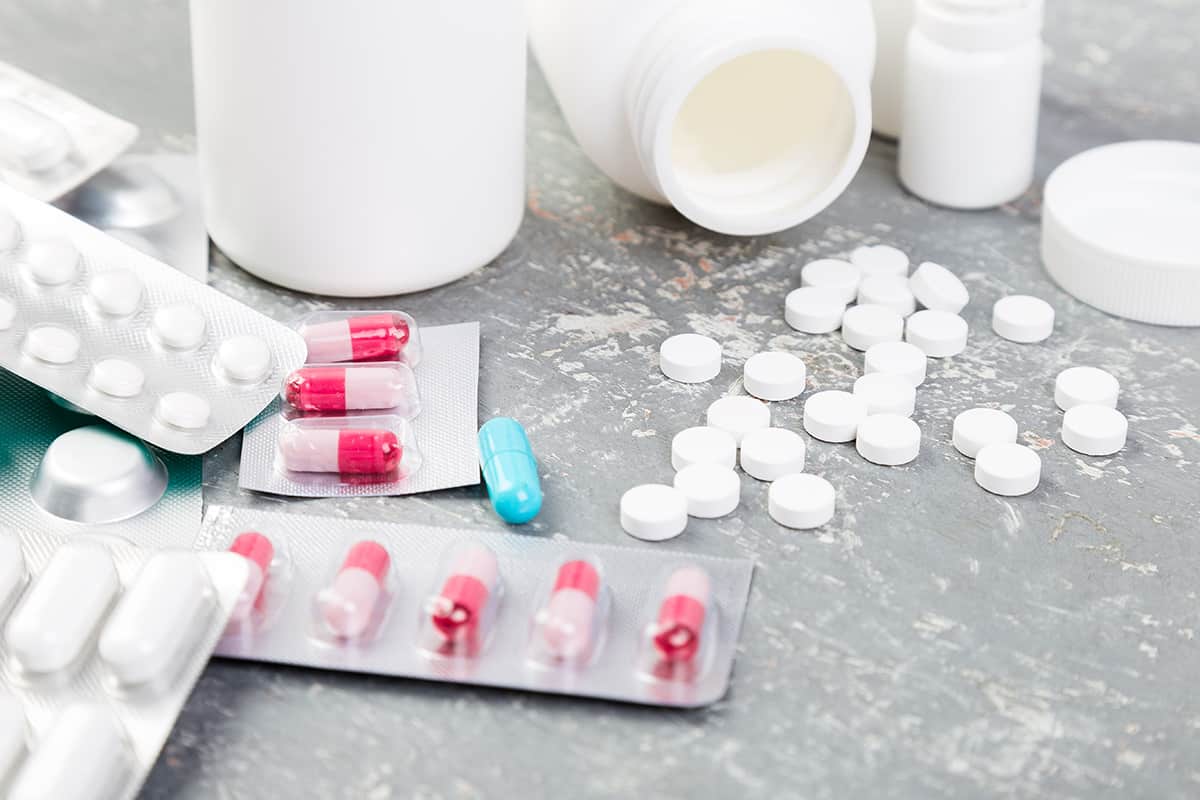 Would you ever suspect that those seemingly harmless over-the-counter pills for aches and pains were wrecking your digestive system? If you’ve got gluten sensitivity, ibuprofen and other anti-inflammatory drugs can be a contributing factor to gluten sensitivity while tending to sore muscles, sprains or backaches.

What’s even more surprising — if the fact that anti-inflammatories like ibuprofen have this type of side effect wasn’t enough — is that the issues with these drugs are well known. The problem is that they’re generally recognized as safe by consumers like you and I because they’re sold everywhere, many without a prescription. Unless you are sensitive to them or take too many (which can lead to an ulcer), you’ve probably assumed they’re relatively harmless if not helpful, especially after a really challenging workout or for managing chronic pain.

If you have gluten sensitivity (and especially if you’ve got even more food sensitivities beyond gluten), stop taking anti-inflammatory drugs like ibuprofen. Not only are they helping to maintain your current gut issues, but they could be contributing to even more problems (especially if you’re list of sensitivities is growing!).  And if you’re reading this article and you don’t have issues with gluten, it is possible that taking these drugs long-term could lead you down this exact road.

To get a medical take on why the long-term view matters in this case, I reached out to Kelly Brogan, MD who isn’t a fan of anti-inflammatory drugs.  She believes that the long-term ramifications of taking these drugs present those taking them with a serious conundrum because the damage goes beyond your gut and can impact your cells’ ability to produce energy in the mitochondria as well as contributing to autoimmune issues beyond gluten sensitivity.

Taking these drugs “increases intestinal permeability allowing for [food particles] to access the immune system which set off autoimmune and inflammatory processes,” reasons Dr. Brogan who describes the use of these drugs generally as suppressing symptoms rather than getting to the root cause of the pain.

I first discovered this problem with anti-inflammatory drugs last year while doing research for a paper.  There are numerous papers and studies that anyone can search for on PubMed which document the damage that these drugs do.  Whether it’s athletes looking to decrease post-training “exercise-induced pain”, patients with liver issues, those struggling with Rheumatoid Arthritis, and pretty much everyone else out there — will experience an increase in intestinal permeability taking these drugs.

The warnings for these drugs do list certain gastrointestinal issues such as developing ulcers in the upper GI track (such as your stomach), but they don’t impress upon the end user that their gut could become leaky. However in the grand scheme of things, it’s questionable how concerned “modern medicine” is with proteins sneaking through the gut wall.  Oh wait… that’s what happens to people like you and me who have gluten sensitivity and yet it’s still not widely accepted that gluten sensitivity is a real health problem.

Aside from Ibuprofen, Here’s What Else to Avoid

To ensure you’ve not merely swapped out one gut-damaging drug for another, let’s quickly identify what anti-inflammatory drugs are.

According to WebMD, anti-inflammatory drugs are actually part of a family of drugs known as NSAIDs which stands for Non-Steroidal Anti-Inflammatory Drugs. They are “…pain reliever[s] to make the hurt go away” and that’s often how they are used.

Chronic back pain? Nagging shoulder or knee issues? Took a nasty fall? Worked out too hard at the gym?

All are reasons why you might take an NSAID. Many are available as over-the-counter medications, while a handful must be purchased with a prescription.

Excederin Migraine is also an issue because it contains aspirin.  The only caveat is that aspirin may not produce the same amount of damage as the other drugs listed here.  Obviously you should always consult with your doctor or medical practitioner before stopping prescribed medications.  They may also have suggestions for you of safe alternatives based on your own specific needs.

How NSAIDs Damage Your Gut

As was stated on the WebMD page regarding NSAID drugs, they “…reduce the level of  certain chemicals called prostaglandins that are involved in inflammation.” This statement is the key reason behind why NSAID drugs like ibuprofen can damage your gut.

Amy Myers, MD, a functional medicine doctor specializing in treating Leaky Gut Syndrome (LGS) explained that the disruption of the prostaglandins due to NSAID use is a major contributing factor.  If the gut is continually assaulted by substances such as NSAIDs, you can absolutely and undoubtedly end up with more sensitivities to an increasing number of foods.

“If you’re going to have a chance at healing your gut, you’ve definitely got to stop taking NSAIDs,” states Dr. Myers who has found the gut a critical place to begin to deal not only with gluten sensitivity, but also in treating other autoimmune issues.

To add insult to injury, Dr. Brogan adds one final nail in the NSAID coffin lid by pointing out that changes in gut permeability could happen “within 3 to 6 months” and that “…mucosal prostaglandin inhibition is at the root of damage to gastric and intestinal lining.”

At this point, you’re probably wondering what you could use as a substitute for the go-to NSAIDs.  Again, you should check with your doctor or medical practitioner before stopping any medication that was prescribed to you.  They may also know of some alternatives that do not have contribute to gut permeability.

One alternative is Tylenol. Though it might help with pain, it doesn’t work for inflammation and has it’s own laundry list of potential issues as well. Every prescription bottle comes with a list of potential side effects which is worth reading.

As for the more alternative options — Tumeric and curcumin are powerful anti-inflammatory spices which can easily be added to food or taken in capsules.  I’ve also used Arnica to relieve aches and pains.  Other options can be found here in this article on alternatives.  You could also consider acupuncture, CranialSacral therapy, massage, nutritional therapy and other options.

Plus, you’ve got to address your gut issues.  Just stopping these medications won’t automatically reverse the leakiness trend.  Amy Myers offer a really neat protocol for healing Leaky Gut that you can do on your own to hopefully see results faster.

So if you’ve been using NSAIDs daily or for a whenever those aches and pains sneak up on you, it’s time to break up. Either try something else to help you cope with discomfort or figure out and deal with what the real problem is behind the pain.

Would you love to save money eating gluten-free?

Wish you could outsmart food companies and overpriced products?

What if you could cut your grocery bill by up to 50%?

Check out Jennifer’s new ground-breaking book that teaches you her simple strategies to save money, eat healthy gluten-free food and get meals on the table in under 30 minutes!

CLICK HERE to get your copy of The Savvy Gluten-Free Shopper! 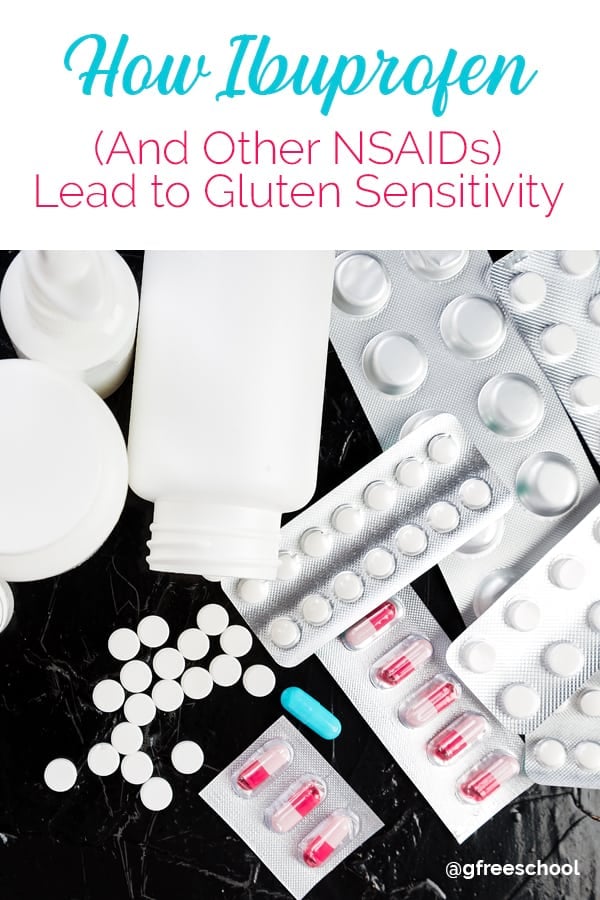