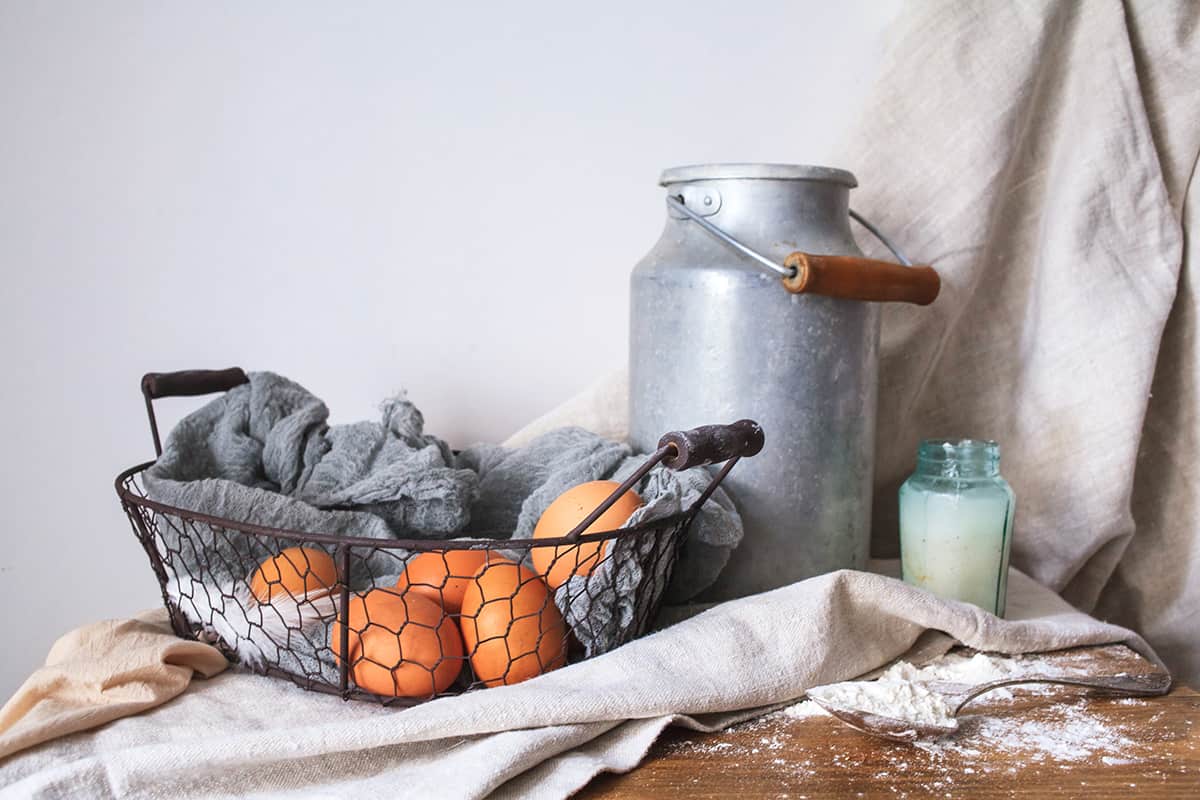 Do you feel like you keep getting glutened by random dishes or food products?

I recall feeling that way on day 5 of my initial Gluten Elimination Diet after eating a gluten-free breakfast burrito that I’d made from scratch. My stomach suddenly went from happy to super angry and I found myself running to the toilet moments later.

But after 20 minutes of exercise, I felt such terrible stomach pain that I had to leave the gym. I carefully drove home using some sort of Lamaze-type breathing hoping to make it home. I was simultaneously nauseous and in so much pain that I thought I was having a heart attack. For whatever reason, keeping my fist jammed into my gut felt marginally better.

I pulled over half way home and considered calling an ambulance. But after a few minutes, I resolved that I needed to just get myself home. And when I got inside to the bathroom, let’s just say that stuff was coming out both ends. It was the sickest I’d ever been and I had no idea what I’d eaten that caused me to feel like I’d been majorly glutened.

Maybe you’ve experienced something like this (hopefully you weren’t as sick as I was). It’s easy to be fooled into fixating on gluten (even if the food product you ate was certified gluten-free).

If your symptoms of getting glutened come on without warning, it’s time to do more investigating as to what’s triggering your system to react like this.

The Reason Why You Keep Getting Glutened

First of all, you could actually be getting glutened by eating food products that look safe to eat, but are not marked gluten-free.  Just because you don’t see gluten in the ingredients or you heard on the internet (or through a friend) that a product was safe, lacking a clear gluten-free label is a big red flag. Gluten isn’t a food allergen and isn’t required by law to be marked on the ingredient list of food products. Even if you don’t see any ingredients that look questionable, it’s possible that the product was contaminated during processing. (CLICK HERE to learn what gluten-free certification labels to look like)

Second, you could have a parasite. I struggled with unexplainable digestive problems despite being very strict on my gluten-free diet during my first year and eventually had to seek help. No amount of food journaling could explain what was going on. Turns out I’d picked up a parasite while traveling in Central America. Whether you’ve traveled internationally or not, it’s pretty easy to pick up a parasite in your own home. (CLICK HERE to learn about the connection of celiac and gluten sensitivity to parasite infections)

Third, you may have become sensitive to other foods over time. Because the symptoms of other food sensitivities are the same as your reaction to gluten, it’s easy to think that you’ve gotten gluten. Assuming that gluten is your only issue is very short-sighted and explains why going gluten-free wasn’t enough to fully resolve digestive complaints along with other physical and mental manifestations of gluten sensitivity.

If you only remove gluten when other food sensitivities exist, you won’t feel better. And you’ve probably felt frustrated that changing your diet and giving up gluten wasn’t worth it. 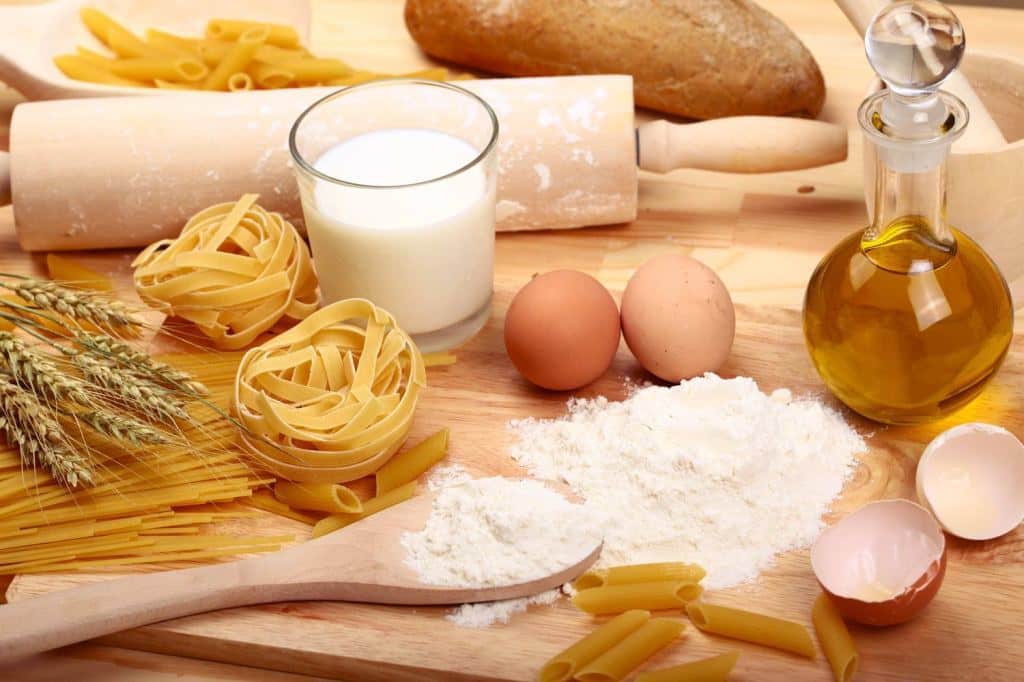 If you haven’t put two-and-two together yet, I’m highly sensitive to eggs.

I didn’t know that until the day AFTER the episode I described above to you. My IgG Food Sensitivity Panel results conclusively showed that my problem was way bigger than just gluten. I was sensitive to eggs, casein (found in all dairy), gluten, the entire cruciferous family, and the cashew family (cashews, mangos, and pistachios).

I was floored, but it all made sense considering that I couldn’t nail down how I kept getting glutened. Except that I wasn’t getting glutened… I was sensitive to way more foods than I had imagined.

And the only way forward from that moment was to remove even more foods than just gluten in order to stop the vicious cycle of getting sick. Finally I had a clear answer to what was triggering my worsening IBS-D (IBS that’s more diarrhea prone in how it shows up).

It explained why I was still sick as a dog even though I was eating healthier than anyone else I knew.

I could stop being afraid that random foods would trigger such a serious reaction that I’d be sick all day on the toilet because now I knew what they were. It was one of the most clarity-filled moments of adult life and helped me see how all these random symptoms fit together even though doctors had blown me off for years.

Gluten has a super power unlike most other foods — it can cause the spaces between the cells lining your small intestine to become “leaky” and thus other food proteins can sneak into your body.

My favorite analogy is that of the brick wall.

Take a moment to imagine a red brick wall with the white mortar mix creating that grid you’re very familiar with. The bricks are your cells and the white mortar fills in the spaces between the bricks (or cells) to keep the gut wall sealed. Except the integrity of the wall changes when your gut is repeatedly exposed to gluten (and other things like NSAID drugs that also trigger leaky gut) and you’ve got other factors that set you up for trouble (like autoimmunity).

In this case, the wall becomes leaky allowing other things to sneak through the cracks and spaces where the mortar mix has lost its capacity to keep things sealed. These “things” can include bacterial, fungal, or viral material residing in your gut as well as undigested food proteins that trigger an immune response. And that is the short overview of Leaky Gut (the official medical term is “gut permeability”).

To be clear, food shouldn’t enter your body through these spaces between the cells. It must be totally broken down into its smaller building blocks so that it can be absorbed without triggering your immune system. Research shows that there are ties to this endless cycle that flare autoimmunity and explain why gluten sensitivity is a real concept. (source)

What foods can you become sensitive to? 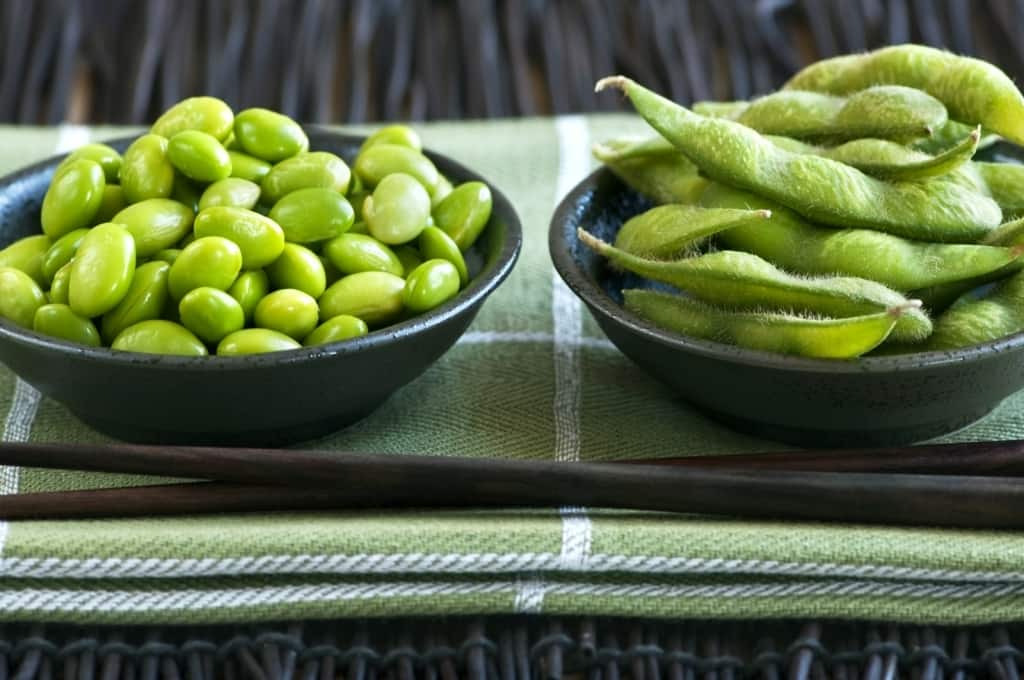 Basically, any food you eat can become a sensitivity — even something as “harmless” as lettuce or asparagus.

The most common additional food sensitivities include eggs, dairy, soy, and corn. But again, you can be sensitive to just about any food.

Your list of food sensitivities might not make any sense either, but it is what it is. You don’t have control over what your body reacts to when the flood gates have been opened and any protein you eat has the opportunity to enter your body because of leaky gut.

And to clarify the term protein… I’m not referring to foods we generally think of as protein-rich sources like meat or eggs. All foods contain proteins which is why you could be sensitive to beef and strawberries. They just contain different types of proteins and in different amounts. But any proteins you eat can be a problem if you’ve got leaky gut.

There’s also a chance that due to leaky gut, your body is confused about what is and is not gluten. It thinks that another food is gluten because it kind of looks like gluten. This concept is called cross-reactivity and deserves its own post to discuss it further. Ultimately this underscores why you’ve got to remove gluten fully (meaning 100% all of the time) and avoid cheating and slip ups to stop the cycle of leakiness in your gut.

The solution isn’t so simple though

As you’re reading this, you probably think that all you need to do is to take out gluten and your gut will seal back up. That is not true unfortunately and ignores the greater complexity of your body.

While gluten opened the door to leaky gut, the process of reversing leaky gut is more involved. If you only remove gluten and the other foods you’re sensitive to, you’ll feel better so long as you don’t eat them. Therefore, you’ve only addressed your symptoms, but not the WHY that’s underneath all of them that will keep you trapped in a vicious cycle of feeling well and then sick again.

Thus an unending elimination diet like this can make you miserable.

It can steal the joy out of eating and make you afraid of food because ultimately it doesn’t address nor resolve the root cause — leaky gut.

As a clinical nutritionist, I work with clients who’ve taken their health as far as they can and are tired of wasting time and energy trying solutions that don’t ultimately work. Instead, we identify the root causes (like leaky gut) and work as a team using the 5R Whole Health Approach to go straight to the heart of your problem so that you can:

Food sensitivities aren’t a curse. You shouldn’t be burdened for life feeling like a sick person (who eats healthier than every person you know).

Here’s what to do next

If you’re still suffering from an unruly stomach, explosive diarrhea, embarrassing gas, bloating (that makes you look pregnant), fatigue, and brain fog, it’s highly likely you’re stuck because of leaky gut and other root causes. If you don’t take the necessary steps to FINALLY rebuild your gut, you’ll continue to struggle with food sensitivities for the rest of your life (that will likely get worse).

Most of my clients have anywhere from 3-5 common root causes of leaky gut that are keeping them sick. If you’re ready to finally get this handled in your life, click the link below to book a “Gut Strategy Session” with me, where I’ll go over your health history to help you see which of the common root causes you’re at risk for, and what to do next.

I look forward to working with you,