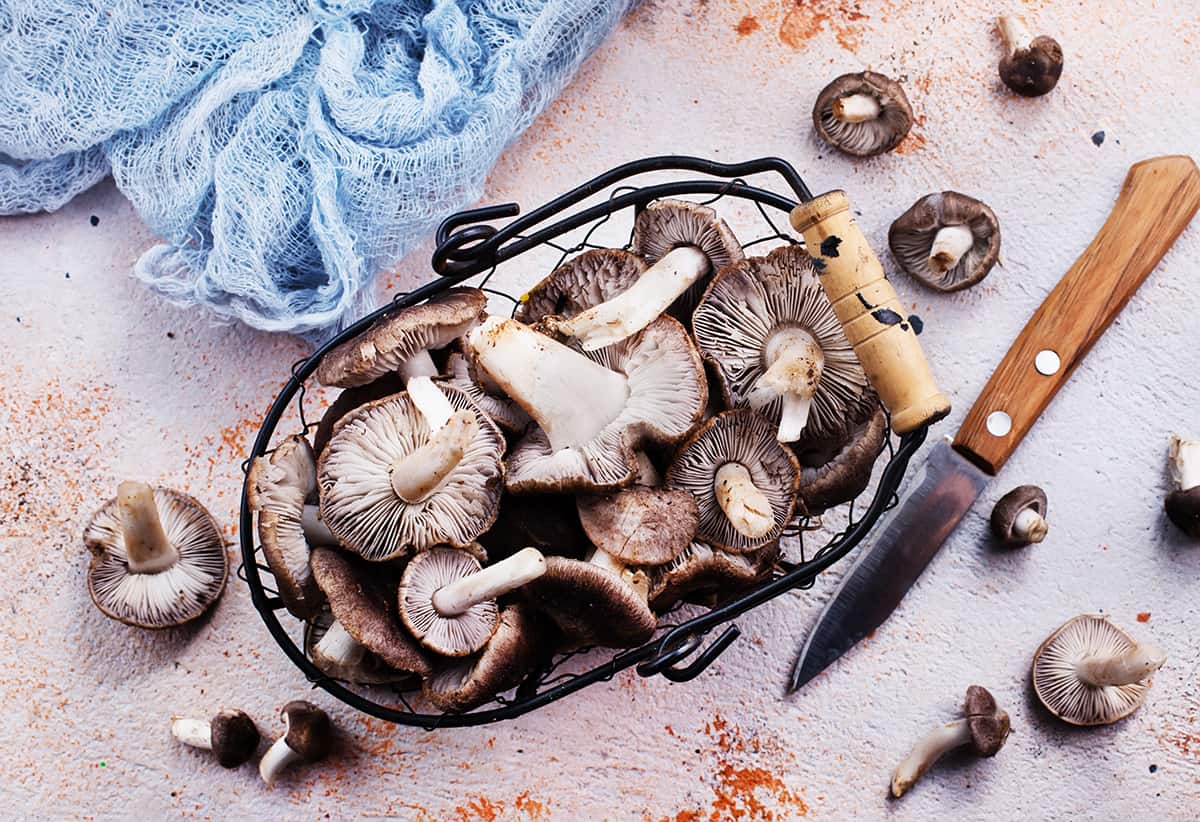 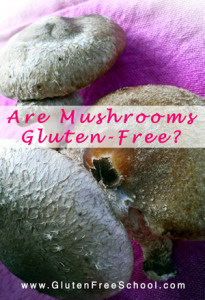 As you may recall, my article questioning whether mushrooms are gluten-free and safe for those with celiac and gluten sensitivity caused quite a stir. (CLICK HERE to read it.)  The folks at The Mushroom Council got wind of my article and finally agreed that it was time to get mushrooms tested because of the troubling details I shared.

Goes to show you that one can make a difference by shedding light on a rather murky situation.  The cloud over the mushroom producers’ heads was pretty big and though I have good news, I wouldn’t be entirely shocked if super sensitive gluten intolerant and celiac folks still avoided them based on how mushrooms are grown.

The bottom line is that what we each choose to eat comes down to making the best educated choices possible rather than blindly following popular advice.  Obviously, what you choose to eat is entirely up to you and let me be clear — I’m not advocating eating mushrooms by sharing this update.  Rather I’m shedding light as the information is presented and providing you the opportunity to make your own informed choice.

On March 25th, I was contacted by Jenn Sutherland who is a VP at the PR firm Edelman in Chicago, IL.  I had spoken with Jenn previously after my initial mushroom article went viral and made some pretty big waves in the gluten-free world.  She has stayed in touch to share the developments of this evolving story.

During our most recent phone call, Jenn confirmed that “samples from around the country were tested, including all varieties of cultivated mushrooms grown by our producers: portabella, crimini, white button, trumpet, shiitake, maitake, pom pom, oyster, and eryngi (trumpet).”  The tests were under the 5 ppm threshold and thus the USDA has approved the statement: “Tests have shown that mushrooms are gluten-free.”

Naturally I had more questions and sent an email with an additional 10 or so since those statements were rather vague.  Katie Preis of The Mushroom Council responded with the following statement:

“The ELISA tests were conducted on a variety of cultivated mushrooms from across the country, which were grown on various substrates. All mushrooms were tested in an unwashed state, so some substrate would have been present in the tests.

“While the test reports themselves are for internal use, the results show all samples of all mushroom varieties tested are under 5 PPM thus meeting the currently proposed FDA definition of gluten-free being below 20 ppm. The test results will soon be shared with the mushroom industry, and individual producers and distributors will use the information as they see fit for their individual marketing needs.”

However I was still skeptical which seems to be a natural response from most who’ve stop eating gluten (for whatever their health reason). I could not get an answer to one question:

Did you specifically test mushrooms that are grown on substrate which definitely contained a gluten-bearing substance?

My Own Gluten Testing

Initial research showed that mushrooms can grow on any number of things including sawdust and wood blocks (which is certainly gluten-free) to waste byproducts of many industries including those of beer (which contain gluten).  So I decided to do a little testing of my own on mushrooms I knew from my research were grown on substrate that contained gluten-bearing ingredients.

I purchased several GlutenTox Home Kits along with some shiitake and white button mushrooms from Phillips Mushroom Farm.  (You may recall that I interviewed their general manager and also found a video tour he created at the Phillips Mushroom Farm).  I also employed the help of 3 friends who are scientists (2 biologists and 1 chemist) who work in labs on a daily basis so that I would hopefully have a contamination-free experiment. 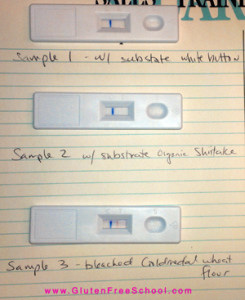 During our experiment, we made sure to keep everything clean and test not only unwashed mushrooms, but as much substrate as we could get in the packages.  We ran three tests at the 5 PPM threshold on shiitake mushrooms, white button mushrooms and bleached Goldmedal wheat flour (tested last as a control).

Our results were quite clear — negative for gluten at the 5 PPM threshold for both mushrooms and positive for gluten on our control panel testing wheat flour.

Personally I will probably go back to eating mushrooms, however I will make sure to wash them as best as possible. Though testing might confirm that mushrooms are naturally gluten-free, it doesn’t mean that they couldn’t become contaminated during harvesting and processing.

But here’s the one lingering thought… I’ve had numerous people contact since posting the initial mushroom article questioning whether they were safe who removed mushrooms and found that they felt better.  Sure there could be an element of a placebo effect, but I’d like to think that people who go through what we’ve all been through have a good handle on how they feel after eating something.  If they sense something is off, it’s natural to look at the food consumed as suspicious.

If you find that after washing mushrooms well you feel off or ill, perhaps consider another sensitivity to something like histamine since mushrooms are a high histamine food.  It’s wise to remember that just removing gluten isn’t always the end of the road for most of us and other things can pop up or change along the way.