How the Gluten Autoimmune Connection Hurts Your Thyroid 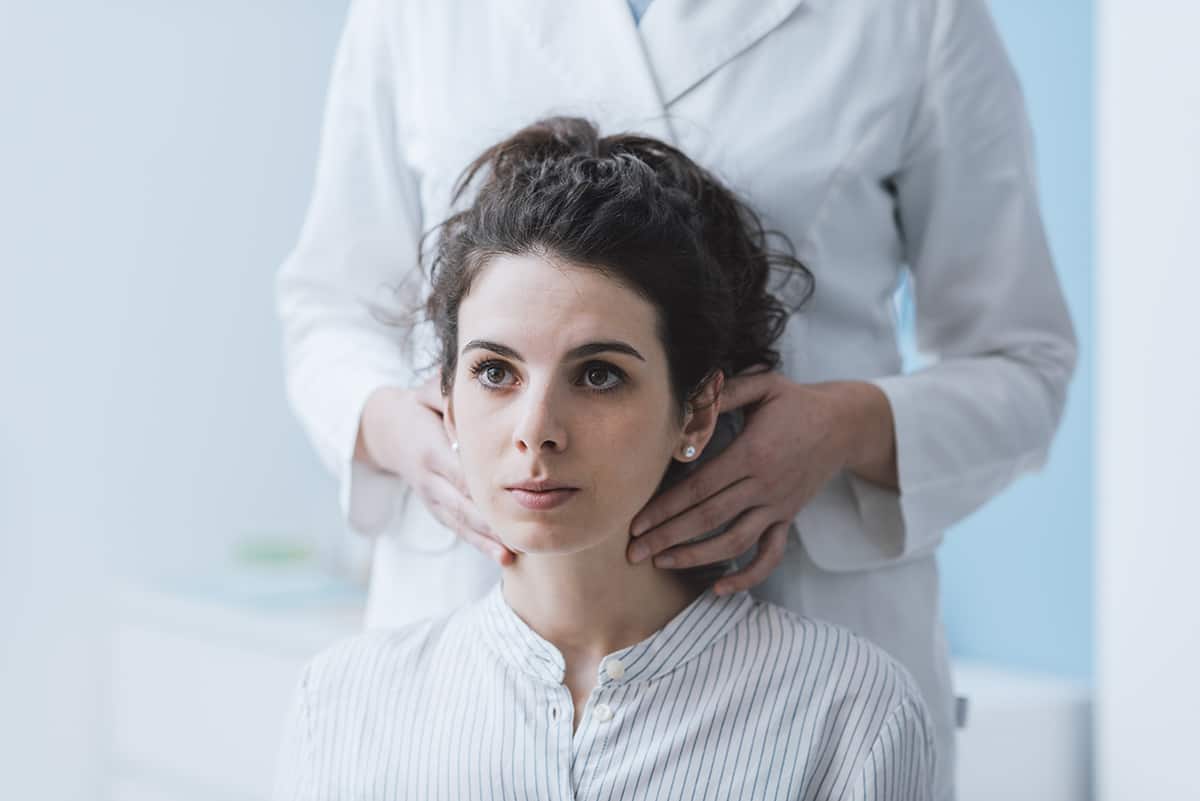 The Gluten Autoimmune Connection… have you heard of it?  Did you know that it can totally wreck your thyroid health?

That said… do you have any idea how gluten and overly processed gluten-free foods play a role?  The truth can be rather scary because many believe just cutting out gluten is enough to reverse the course of bad health those of us with gluten sensitivity face before going gluten-free. Both are capable of creating a firestorm of inflammation in your body causing and even aggravating debilitating health problems.

Sounds incredibly scary, right? The good news is that it’s possible to halt and even reverse this destructive trend; subtracting gluten and unhealthy food, while adding in whole delicious real foods gives us a completely different answer—the answer of vibrancy and health!  And for some, it can even mean freeing yourself of medication and side effects.

Autoimmunity: Why is it SO scary?

Autoimmune disease is a complex health problem wherein the immune system loses the ability to differentiate between itself and foreign invaders. Literally, your body mistakenly attacks itself inflicting (sometime irreversible) damage and igniting systemic inflammation.

If you have yet to be diagnosed with an autoimmune disease, know that the odds aren’t stacked in your favor.  Dr. Amy Myers, a renowned practicing physician in functional medicine, shares that “the estimates now are somewhere between 50-75 million Americans have been diagnosed with autoimmune disease. And of course, those are the people who have actually gotten a diagnosis.”

Autoimmunity is “now the third leading chronic disease in the United States behind cancer and cardiovascular disease. So it is undoubtedly an epidemic,” according to Dr. Myers.

Sadly, it’s quite common for traditional health practitioners to miss the boat on serving up an actual autoimmunity diagnosis. Celiac disease, for example, takes an average of 10 years to eventually land a proper diagnosis. Hashimoto’s thyroiditis is often overlooked simply by lumping it in with “low thyroid”. The result is women waiting years to get answers while the body continues to attack itself.

The bigger question that must be asked is “why does it matter if you get a diagnosis of autoimmunity?”.  A traditional practitioner might treat certain conditions (like Hashimoto’s and low thyroid) in the same manner, but for someone looking to pinpoint the root cause of an illness, the reason for the imbalance matters for more than just the subsequent treatment.

A big reason has to do with your odds… with more than 80 different autoimmune conditions in existence today, a woman already diagnosed with one autoimmune disease is much more likely to be diagnosed with another (or more!).  So if you have Celiac disease — you’re 4 times more likely to develop Hashimoto’s Thyroiditis or Grave’s Disease (source: 1) or 10 times more likely to develop Sjogren’s disease (source: 2). And don’t forget about these as well — multiple sclerosis, rheumatoid arthritis, lupus, or type I diabetes. (source: 3)

So yeah… getting a diagnosis is key because otherwise you’re living in limbo like many of us out there who were only tested for gluten sensitivity too long ago to go back for something like a celiac diagnosis.

So how does gluten come into play?  In those of us who are sensitive, gluten can fan the flames of inflammation by creating a porous lining of the intestines (leaky gut). This situation is more technically described as intestinal permeability where foreign proteins, often from food, leak into the bloodstream causing an inflammatory response.

Dr. Daniel Kalish of the Kalish Institute, an upcoming guest of the Women’s Gluten-free Health Summit, explains how gluten can play a major role in this process, “There’s a progression in all of these where a person is gluten sensitive, and they’re eating gluten. All of a sudden, there’s a battle going on in the intestinal tract where the immune system is attacking food because there’s this antibody-antigen reaction going on with food allergies and with the gluten sensitivity itself….then all of a sudden, there’s a moment where there’s a spillover and the body starts to attack your own tissues.”

Finding the culprit of the overactive immune system however is not always the first answer for a lot of doctors and many patients may end up on medications.  But they still might not feel quite “right”.  Dr. Amy Myers weighs in stating that “…if you’re going the conventional route, it’s a long, painful route with lots of immunosuppressive medications that you hope work for you and then don’t and cause an infection or some other horrible side effect like cancer down the line.”

But it doesn’t always have to be that way.  Dr. Kalish gives an alternate approach that aligns perfectly with other experts like Dr. Myers.  Dr. Kalish shares, “I had a patient like this yesterday in my own practice – twelve years on thyroid medications for autoimmune thyroid disease, completely medication-free now. With a good adrenal program and a really healthy diet without gluten in it, you can absolutely reverse many, many cases of thyroid disease.”

And his best advice for what we can do today? “You can go out tomorrow and stop eating gluten. So it’s a really great way to lower your antigen load because it’s something that you can control on your own immediately.”

Getting off the food culprits causing the antigen overload is also key, which may not just be gluten.  Common proteins in dairy, soy, or corn can often be antigens provoking an immune response due to leaky gut.  Working with a health practitioner to determine other food sensitivities or doing an elimination diet is often a great first step.

How does this relate to thyroid disease?

While not all thyroid conditions are autoimmune in nature, a large portion of them are.  In these autoimmune issues such as Grave’s disease and Hashimoto’s thyroiditis, the thyroid tissue is physically under attack and can suffer terrible damages.

Both of these hyperthyroid and hypothyroid diseases respectively have a plethora of serious symptoms which left unchecked can be debilitating.  Dr. Kelly Brogan, a board certified women’s health psychiatrist, explains why it’s so pressing to find out if you have auto antibodies to the thyroid though a full thyroid panel test, which actually includes these antibody tests.

Dr. Brogan states that 85% of patients in her practice exhibit auto-antibodies to their thyroid tissue.  She attributes this staggering percentage to the fact that she actually tests for antibodies to the thyroid, unlike many practitioners who do not typically order a full thyroid panel.

In further detail Dr. Brogan states, “Identifying that there are the presence of antibodies even with normal hormone levels because the presence of antibodies can pre-date hormonal change and symptoms by up to seven years. So you can have a seven year jumpstart on reversing a process that otherwise is going to slowly suck you in over time and send you to a bunch of different specialists probably none of whom may be able to identify what’s actually driving it, which is this immune imbalance.”

While many in the medical community still may not be up to date with utilizing these proven testing methods, there is hope when shopping around for a doctor who’s up on the latest approaches. Dr. Kalish reminds us that there certainly are “cutting edge physicians who take the time to study the current science and apply what we know to be true based on research to their current patients.”

That’s why it’s so critically important that you speak up, ask questions and even at times, know what to ask for before walking into your doctor’s office. Only you can best advocate for your health and well-being.

What are the important thyroid tests you should ask for today? 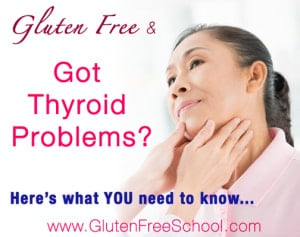 Since antibodies to the thyroid can be present up to seven years before hormonal changes and classic symptoms of thyroid disease, there are certain steps you can take to get back in the driver’s seat of your health.  By working alongside your doctors to get the correct testing done, a lot of answers become available that may pre-date major damage to your body.

In regards to the thyroid, it’s important to ask for a full thyroid panel which includes the following:

Word to the wise — specifically ask for each test to be done rather than just saying “I want a full thyroid panel done.”

Several experts agree that doctors and health practitioners usually run a single basic blood test for TSH only, which can be extremely limiting as it does not include other vital hormonal values within the T4 and T3 ranges.  As a quick example, if T4 hormone is failing to convert to the usable T3 hormone form, it will raise the levels of Reverse T3 which is an unusable form and often seen at high levels in hypothyroidism. (Source: 4)

Taking this information and becoming your own health advocate is the first step to fighting back against the growing autoimmune epidemic.

How to Get Meaningful Answers and Feel Better… 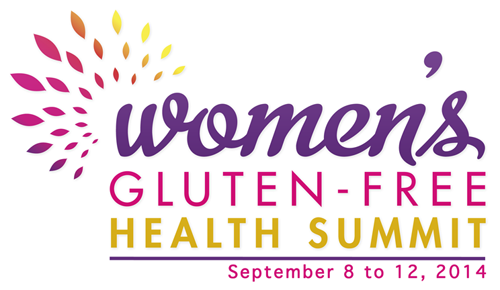 The reason you’re here at Gluten Free School is because you want answers on how to live gluten-free sensibly and feel your best. That’s why we work so hard to bring you amazing actionable information!

We also know that your health is incredibly important and that you want to feel empowered and maybe even inspired to make changes that make sense for you.

On September 8, 2014, the Women’s Gluten-Free Health Summit will launch!  This totally online event has been in the works since early this year and we’ve been blessed to have twenty-four inspiring experts and practitioners (including those quoted above) who will share their best tips, tricks and info with you.

And the best part is that this week-long online event is entirely FREE to attend!

The interviews are focused and concise so that you get the most up-to-date info you need about being a woman with gluten sensitivity in thirty minutes or less.

No science or doctor speak… no medical jargon. Just simple, clear and usable information to educate and empower you to become your own best advocate.

And yes… it’s entirely online! You don’t need to buy a plane ticket or pay for an expensive conference and travel expenses to get this information. We’re delivering all of it to you in the comfort of your home. You can easily stream the interviews over your computer or mobile device. 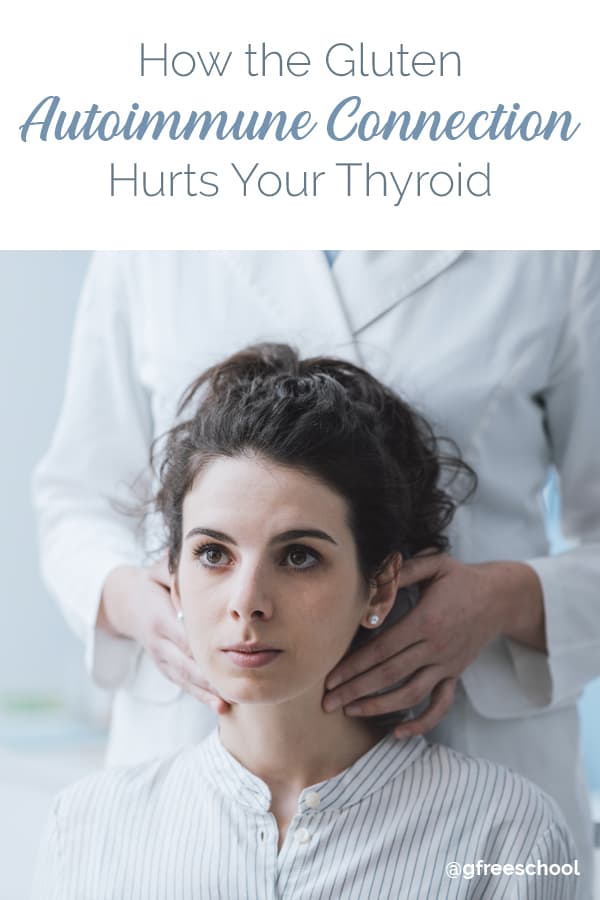 Bethany is a graduate student in Human Nutrition working toward her Master of Science. She is a published magazine writer and graduated with her BA from the University of Michigan Dearborn. Since 2009, she has been diagnosed with food allergies to soy, peanuts, and peas and severe gluten intolerance. Her health manifesto is simple: Eat real food and remember to move.