The Final Word: Are Buffets Safe If You’re Gluten Free? 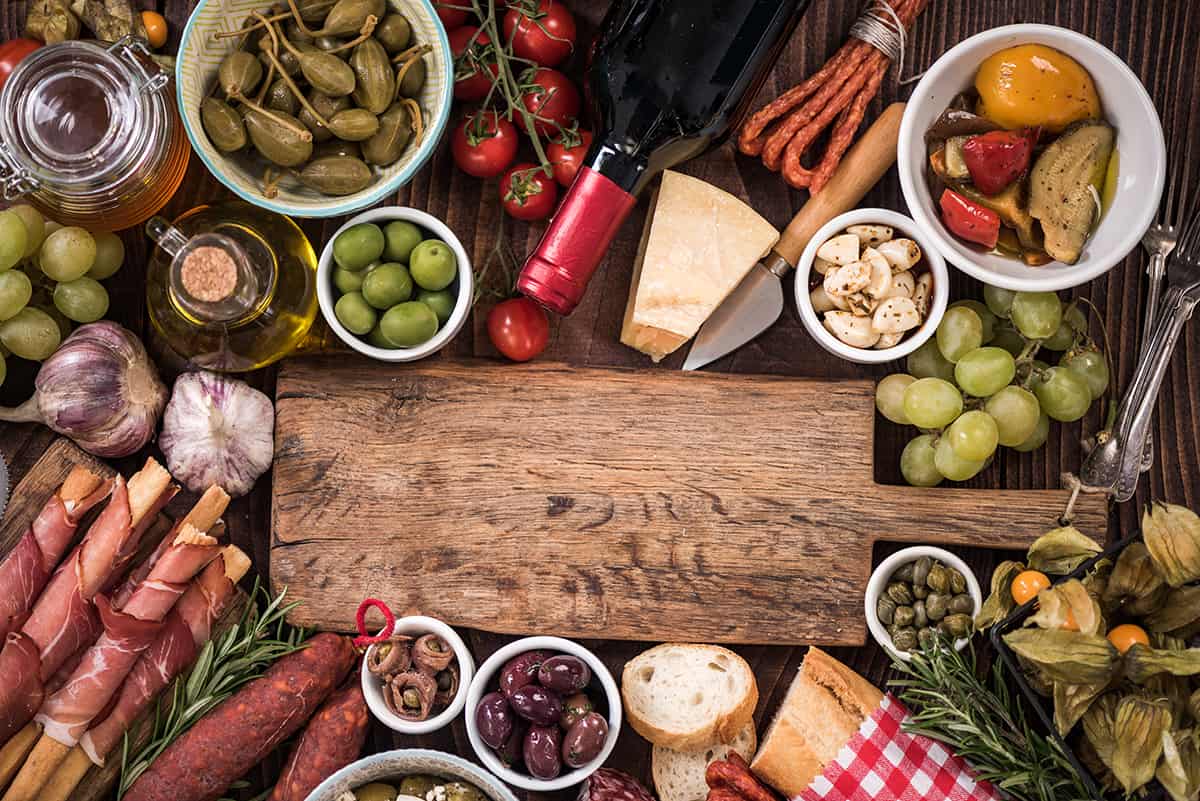 Does the word “buffet” make you nervous? If it hasn’t yet, it should. You’re not alone in asking the question “are buffets safe if you’re gluten free?”

Since food sensitivities or food allergies can make you feel rather limited in your options, it’s common to think that a buffet is a solution. Healthier or more upscale buffets (like those at Whole Foods) may seem like the perfect place to find plenty of gluten free options. Even some restaurants serving ethnic cuisines that offer a variety of naturally gluten free dishes (like Indian) have buffets that attract customers looking for variety as well as a value-driven price.

But there are legit concerns about whether you can (or even should) trust a buffet if you’re gluten free (and especially if you’ve got more issues than just with gluten). And those concerns should be weighed heavily against the perceived benefits before you decide to dig in and eat.

Here’s what you need to know to answer the question “are buffets safe if you’re gluten free?”…

I get it — dining outside of your own kitchen when you’re gluten free can be really dangerous. Gluten is added to so many dishes (sometimes I’d argue unnecessarily — last week I discovered a restaurant that uses sour cream with gluten in it. WHY??). It can be hidden in dishes you’d never suspect or added unintentionally through cross contamination.

And it becomes increasingly harder to trust restaurants who use rather odd-ball, not-quite-gluten-free labels for their supposed gluten free menus such as the “gluten sensitive menu” which I’ve seen at Seasons 52. The legality of clearly stating “gluten free” on menus became a concern after the FDA required food labeled gluten free to test beneath 20ppm of gluten.

While the process of testing food is easier behind the scenes at a food company that has more time to get products on the shelf, a busy restaurant with waiting, hungry clientele doesn’t have the luxury to tack on even more time to test every dish. It would be quite a burden on an industry that’s already juggling so many different facets of getting you a delicious, beautifully presented meal with a great experience to boot.

Sure, there may be devices in the near future that would give you the power to test your own dish before you take a bit by inserting a tiny amount of food into it. But you’ll never truly know if the entire dish is actually gluten free just from testing a sampling of mashed potatoes. It might give you piece of mind when it comes to one-pot type dishes (like soup), but for more complex meals, it’s frankly impractical.

Plus buffets have the allure of not having to deal with waitstaff. I know how frustrated you might feel awkwardly trying to (not) grill the waiter about what ingredients are used in your dish and how it will be prepared. Eating at a buffet seems less stressful because you can just pick what you want without the hassle of potentially dealing with someone who might not really get what you mean by “I’m gluten free.”

And yet buffets are more popular than ever 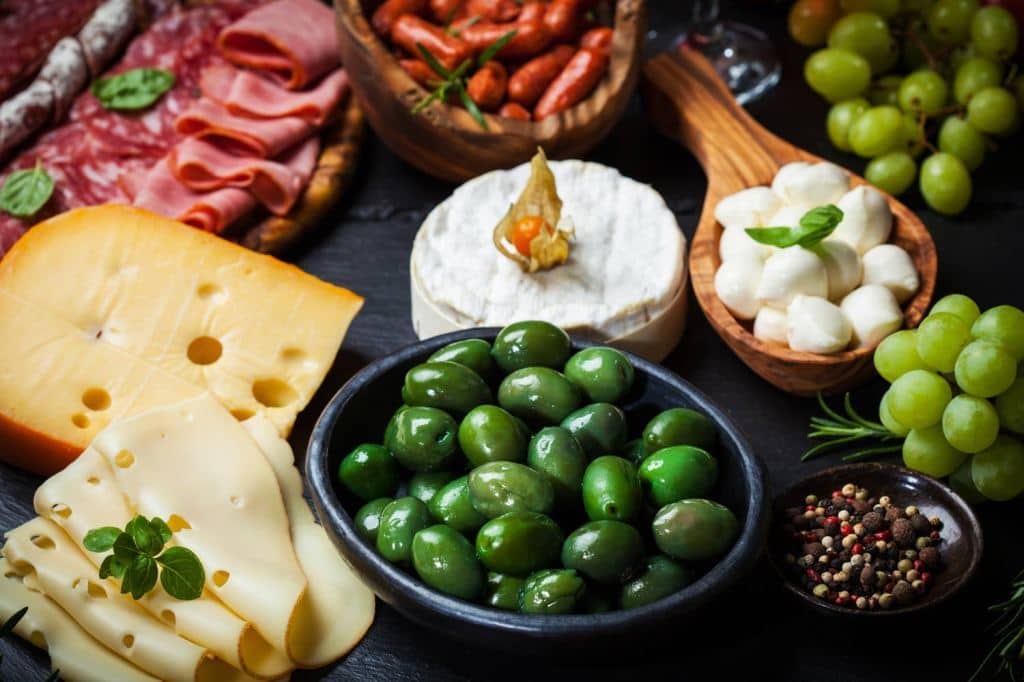 Speaking of grocery stores, I’d also categorize the prepared food section that’s encased in glass (you’ll see these at places like Whole Foods and Wegman’s) to be the equivalent of a more upscale version of a buffet. If you’re super busy, it’s easy to run into the market and pick something up that you can reheat when you get home.

You’ve probably had friends or family getting married who’ve decided to go the route of the buffet. Buffets tend to be a way for couples to save money on a wedding because it’s just much less taxing on staff. Others argue that it’s a way to get people up and mingling as well as providing guests the opportunity to go back for seconds if they’re still hungry. While there are some steps you can take to minimize cross contamination (as pointed out here), concerns will always still exist.

Bridal and baby showers might also go the buffet route as well since again, it is easier for the host, less expensive and encourages mingling of the guests. Plus they are typically laid out in a lovely fashion as part of the celebration experience.

Potlucks are also a similar, but less formal type of buffet that can be done amongst friends or a more budget-friendly option for dinners or special occasions. They can seem really fun and offer a simple solution to providing a buffet for a large number of people by spreading out the work involved over a number of guests.

The Final Word: Are buffets safe if you’re gluten free?

While you might figure a buffet is your magic ticket to easy gluten free dining out (especially when the ingredients are listed on little cards above each dish), it’s probably one of the worst possible options exactly because of the lack of direction from a menu or waitstaff.

In fact, three of the biggest reasons why not to eat at buffets include:

1. The kitchen likely isn’t set up with the idea of cooking gluten free food in mind when they’ll trying to make food in such a volume. Most supermarkets warn of allergen contamination issues around their buffet sections. The Whole Foods near me has specifically told me that their kitchen isn’t gluten-free, so they can’t say for sure if the naturally gluten free salad, for example, would really be gluten free.

2. People don’t follow the rules with serving spoons. Maybe you follow the common sense rules of using the spoon placed in a particular bowl to serve yourself and then return it to that bowl when you’ve taken enough. Guess what? Not everyone follows that etiquette. They’ll use one spoon for several dishes while you will be none the wiser that the salad spoon also touched some pasta dish ten minutes before you arrived.

3. Food and crumbs from a gluten-containing dish can fall off the serving spoon as it moves over another gluten free dish. Now that gluten free dish is no longer gluten free. Yes… the entire dish is contaminated. That’s how really eating gluten free really works when its a matter of your health. You don’t get to pick around the gluten (especially when you don’t even know its there in the first place).

What to do instead of the buffet

Hopefully you now realize the danger in eating from a buffet. I know… it stinks, but this is the way it goes. Instead of allowing this to be another reason to get down on eating gluten free, I like to focus on what is possible and keep on moving. You’ve got better things to do in life than cry over a buffet.

If you’re at a grocery store, look for prepared foods in containers that are clearly marked gluten free. Don’t get involved in the ingredient reading game… you’ll lose every time when you’ve got to be gluten free.

If you’re invited to a potluck, ask if the dishes will all be gluten free and if the people cooking all cook gluten free. The best idea is to make one or two items you’d love to eat and bring them. Serve yourself first (and put aside potential seconds in a sealed container).

If you got invited to a wedding or shower, contact the bride and groom or host immediately about your dietary concerns. Ask about the serving style — will it be individual plates served or buffet-style? This isn’t something to be sorted out the day of the event since a caterer probably can’t accommodate you on such short notice. A shower at a restaurant may be better able to serve you an actual meal, but again, more notice is best in the event that they really don’t do gluten free.

Lastly, if you’re headed out to a restaurant that offers a buffet, ask for the menu. Pretend like the buffet doesn’t exist unless everything they offer there is gluten free. This will ensure that you’ll have better luck getting a safe meal rather than chancing it on something that should have been gluten free, but wasn’t by the time you showed up to eat.