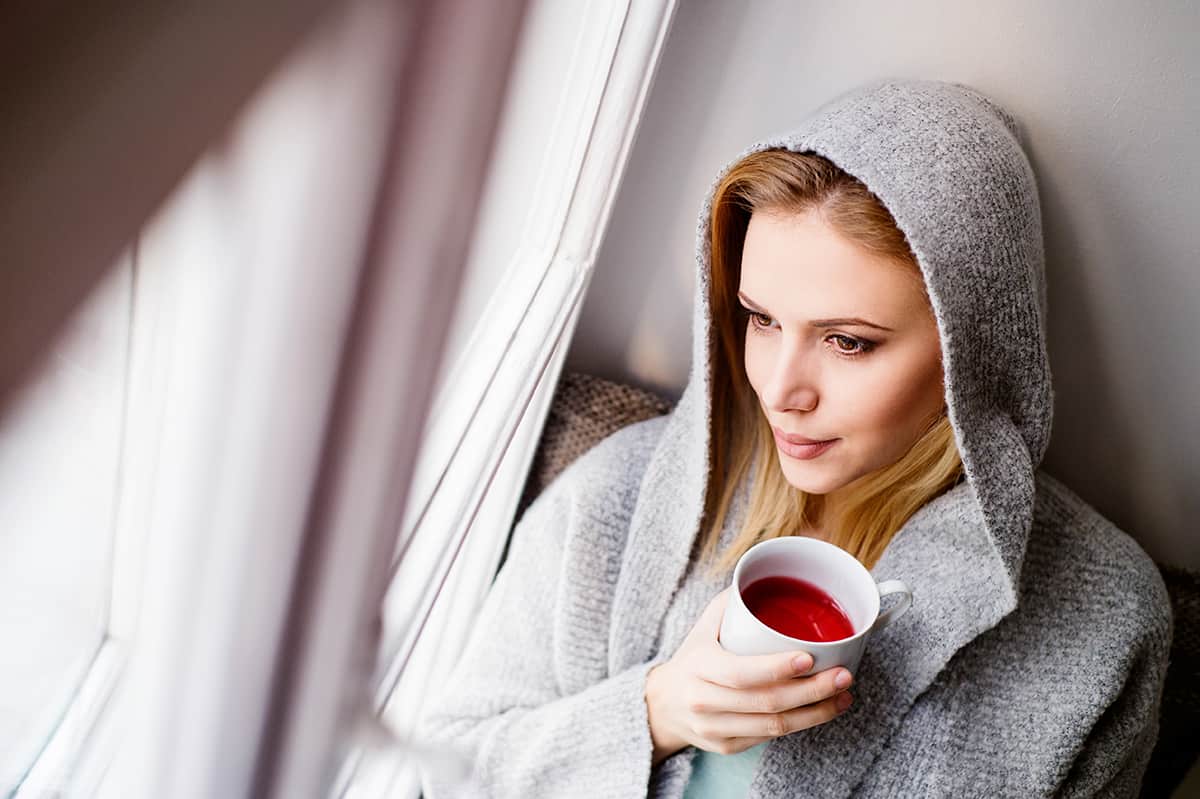 Ever get the winter blues?  As the cold weather really sets in, some feel the blahs much more intensely than others.  Though you could possibly attribute it to the decrease in light or the temperature outside, I’d like for you to consider that consuming gluten could have an effect on your mood.  It’s a very real phenomenon that isn’t so widely discussed.  This blog post is written by very special guest Allison Weinberg from Engin Coaching who share with us her professional experience helping people deal with very real life mental health issues connected to gluten sensitivity.

Before I began my career as a psychotherapist, I was a camp counselor for over 10 years every summer. I remember having a camper diagnosed with Autism and ADHD.  Unfortunately, many of his impulsive and aggressive behaviors terrified the staff.

One summer, he came back to camp and communicated in a calmer and more controlled fashion. His mother declared that a naturopath had recommended she had put him on a gluten and casein free diet, and that it had transformed him.  I never forgot thinking how amazing it was that diet change could alter behavior and mood to such a degree.

My disbelief stayed with me until I began my career in the field of psychology and wellness.  I witness firsthand the repeated  effect that diet and exercise has on mental stability.

To add fuel to the fire, I was diagnosed with celiac, and started to take interest in how gluten can contribute to mental health disorders such as depression, anxiety, social phobia, Obsessive compulsive disorder, and ADHD among many more. As a person who has always been Type A and highly anxious for much of the time, I wondered if my disease and food intolerances (namely gluten and dairy) could have contributed to a lifelong personality of which my family and friends call endearingly obsessive, rigid, and anxious.

Turns out that there is not a lot much research done in the United States on mental health and gluten intolerance. Most of the stories that can be found online are of firsthand accounts of people experimenting for years with various psychotropic medications to address their mental health disorders. Many of these medications have worse and more complex side effects that coping with the disorders themselves.

In working with children and teenagers ranging from mildly to severely mentally ill, I find it imperative to address diet and nutrition with families.  Many of the “out of control” children whom I’ve work with have diets that rely heavily on convenience foods- largely processed gluten-laden foods and foods containing many chemicals and artificial colorings. Their diets lack whole, nutritious foods, and their mood and behavior is severely affected by the ‘fake’ food that is served to them.

As a wellness coach, I also like to utilize physical movement as a mood stabilizer and natural anti-depressant. In some of these families, these children are completely sedentary. The combination of poor diet and exercise seems to have a high correlation with mood instability and behavior problems. While I believe that medication can take an important role in severe mental illness, I also strongly advocate for healthy nutrition and exercise plans as a first line of defense.

In a study by the Institute of Internal Medicine (see source below), researchers found there to be a high prevalence of anxiety and depression in those presenting as having untreated celiac disease (meaning they did not follow a gluten free diet when the study began). When these individuals were put on a gluten free diet for a period of 1 year, the reported levels of anxiety and depression decreased at a statistical significance rate. This study suggests that gluten intolerance may also cause the following: inattention/cognitive fog, fatigue, maldigestion, OCD, ADHD, developmental delays, epilepsy, neuropathy, and sleep disorders among many more problems.

In another study on social phobia and celiac disease, researchers found a significantly higher prevalence of social phobia in celiac patients when compared to healthy subjects. Researchers are examining explanations as to why food intolerances may contribute to mental health issues.

Some studies suggest that when the body does not absorb nutrients properly due to an intolerance (for example, in celiacs the intestinal lining is damaged, and many nutrients are not properly absorbed) this can lead to a histamine and eosinophil release in the body as a protective mechanism to fight a perceived invader.  A chemical cascade effect begins originating in the brain and sends out signals which alter neurotransmitters and hormones.  Some of these neurotransmitters (serotonin and dopamine) contribute directly to mood and behavior.  In addition, if nutrient deficiency does play a role, it is likely that one could be anemic since red blood cells could not efficiently carrying oxygen to the brain in order for it to function in a healthy way.

If you notice that you or a loved one is struggling with any of the above behavioral or mental issues, I strongly encourage people to get examined for food intolerances. Often times, doctors will simply look at symptoms and want to find a medication to treat those symptoms rather than looking at what is causing the problem in the first place. It can take persistence and some confrontation with the so-called medical experts, but it is possible.  I have clients who have felt transformed by making changes in their diets by eliminating gluten, myself included. Even if one does not test positive for gluten intolerance or as having celiac disease, I believe it is worth experimenting with a gluten free diet to see if it has an impact on your mood and behavior.