Whether to Eat Rice or Avoid it 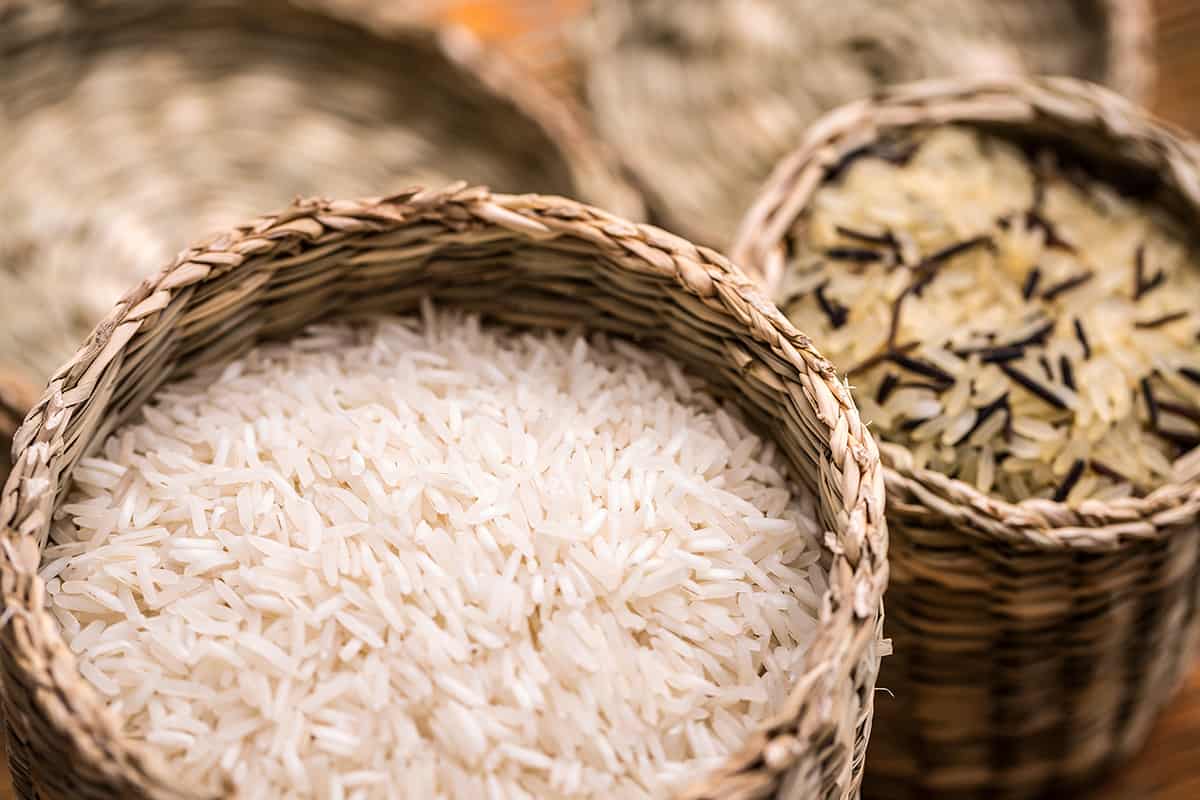 For a long time, I was a supporter of eating whole grains like brown rice.  It seems like the first most obvious go-to health food that people diagnosed with celiac disease or gluten sensitivity run toward.  It’s non-offensive, easy to find in the grocery store, and pretty widely liked as far as grains go.

But what if I told you that it might not be the best thing to eat?

What if I told you that it might be really difficult for your body to break down?

I suppose not if you don’t currently eat brown rice and have stuck with the white variety, however most of us gluten-free folks looking to keep a healthier diet and ‘eat whole grains’ might find the idea rather hard to swallow.

The reason I’m sharing this idea is because it’s something that has taken me months to come to terms with. Why?  Because I found out the hard way earlier this year after experiencing a lot of digestive discomfort for months that brown rice wasn’t really the friend I thought it to be.

At the time I was seeing both an Acupuncturist as well as an Ayurvedic practitioner and both agreed that the brown rice just had to go.  My acupuncturist Damini Celebre, M.Ac. kept the reasoning simple, “Any whole grain is harder to digest in the bowels, and thus the browner the food, the harder to digest.”

It turns out that in Eastern traditions of medicine, those prone to digestive issues will probably have greater difficulty digesting brown rice because of the fiber.  And that’s when it was suggested that I (**dramatic pause**) switch to white basmati or jasmine rice.

It felt like a real blow to everything that I believed in as far as whole grains go.  Every time I’d tell someone that I wanted white basmati or jasmine rice, I literally felt a simultaneous physical and emotional reaction of embarrassment, guilt and sadness.  It was the ‘white’ part of things that really got to me and at moments I felt like a fraud having spent years talking up brown rice only to realize that it wasn’t helping me.  And this was all before the arsenic issue came to light a couple of months ago.

After giving up gluten (and quite a few other foods because of personal sensitivities), it was a sad thing because I genuinely enjoyed brown rice as well as the lovely smell of it cooking.  It’s also something that my husband loved and I think helped him voluntarily make the gluten-free transition with me.  And though he is always willing to do what’s best for me, he does periodically comment that he misses the brown stuff.

Not all white rice is created equal…

Contrary to my own beliefs and thoughts about white rice, it’s all not created equal.  There are different varieties like basmati and jasmine which are considered by both Chinese and Ayurvedic practitioners to be ‘better’ on an energetic level than your plain ol’ Uncle Ben’s white rice.

Even on the more ‘paleo’ side of things, folks like Mark Sisson, when faced with a choice between brown and white rice, would probably choose white.  They avoid certain things within grains that they call ‘anti-nutrients’ and irritants present in the hulls of the brown rice.  When the rice is milled, most of the problematic ‘anti-nutrients are removed in the process of making it white.  And you can’t ignore that Asian cultures consume pretty large amounts of white rice and tend to be more healthy (so long as they don’t incorporate in a more Western diet).

As an aside — Damini does caution that if you’re on a ‘no white food’ or ‘low carb’ diet, then obviously eating white rice will be on your ‘avoid’ list.

White rice wasn’t the end of my journey, but actually the beginning of scoping out some different types of rice.  If you haven’t heard of Forbidden Rice (also known as black rice), then you should definitely give it a try.  Once cooked, it turns a beautiful shade of deep purple and has a slightly sweeter taste than that of brown rice.  I love it for the color because it just looks so darn appetizing and dramatic in dishes.

And I can’t forget about Wild Rice which isn’t actually a member of the rice family to begin with.  It has more protein than brown rice and a lower glycemic load.  I’ve often used it to thicken soups by letting it cook down completely, thus not needing to add any additional starch or thickener.

How much is too much?

There is this unfortunate tendency for most Americans (even the GF bunch) to overeat certain foods.  Sadly, refined carbs tend to be at the top of the list.  They’re cheap, relatively non-offensive, can take on whatever flavors surround them and, as many will attest, taste darn good (when you’re used to eating them often).

Though this conversation about starchy carbs deserves an entire article dedicated to it and it’s various nuances, I’d like to touch on this briefly because you could potentially leave this article thinking that somewhere I said it was okay to eat white rice… and a lot of it.  That not what I said.

To be clear, starchy grains like rice, corn and potatoes should be consumed in small quantities mixed with a good selection of protein and fats.  If you look at your dinner plate, the main section of the plate should be filled with vegetables (which does not include rice, potatoes or corn).  I personally like to keep eating these starchy carbs down to a 1/2 cup at most.  The exception would be if you’ve done an incredible workout and need more carbs to replenish your body, however most of us are not working out hard enough to warrant this.

And this 1/2 cup isn’t some sort of prescription… it’s just what I do.  It’s a small compliment of my meal, not the main attraction.

I also don’t eat them at every meal either.  If you feel a sense of panic arise at the thought of not eating rice or some other starchy carb at every single meal, then chances are you’re probably eating them too often and in too big of quantities.

And if you’re diabetic or even pre-diabetic, then I’d suggest forgetting the idea of even having white rice.  Any starchy carbs like white rice, corn or white potatoes are better off on your ‘avoid list’ for the sake of controlling blood sugar.

I’d love to hear your thoughts! Leave a comment below…

What’s your feelings on rice?

Have you turned your back on the brown stuff?