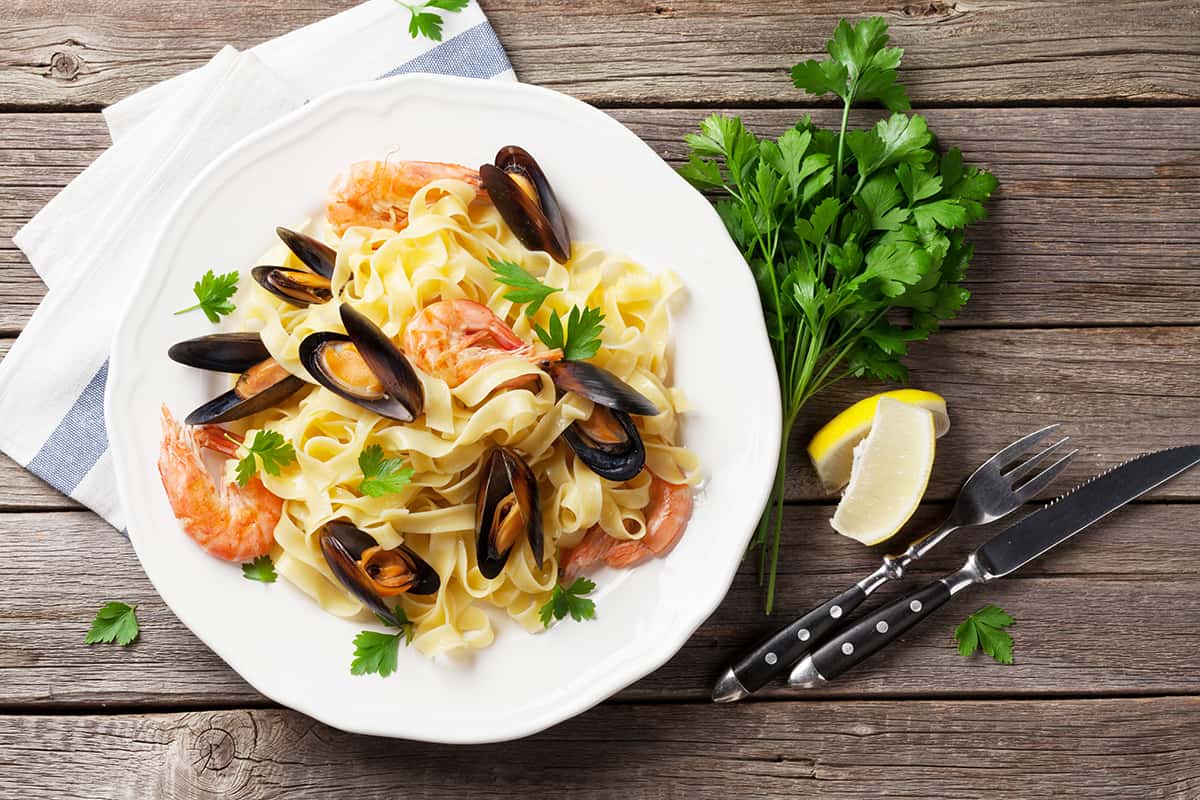 It was a lovely evening in the Fall back in 2007 and I accepted an offer from my friend, Frank, to dine at a well-known and reviewed Italian restaurant.  I’d heard that the homemade pasta was to DIE for!

In my pre-gluten-free days, this kind of stuff used to excite me.  I have memories of my grandmother and 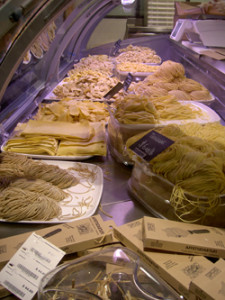 great-aunts making fresh pasta in the basement kitchen. Fresh pasta is a completely different experience from what you get in a box.

Up until this point, I had been moderately sick.  I’d no real clue how sick I was and how much worse my health could possibly get in the coming months, but I guess that’s why the ups and downs of wellness create a journey that you either choose to take up and follow or continue to ignore.  You’ll see why after this dinner I could no longer ignore what was going on with me.

Now, I have to say that Frank didn’t know that I hadn’t been well.  In fact, no one really knew how bad my digestive system was except for maybe my now husband.  I had been to a couple of doctors and no one had any clue as to why I was feeling less than optimal for a 27-year-old.  One doctor suggested that I stop working out, another had suggested some B vitamins for my fatigue.  That’s about it.

I’ve never shared this story publicly because very few people care to know how sick one can feel when they’ve ingested something that the body doesn’t agree with.  However, I know that you CARE because you’ve probably been in my shoes.  And I’d like those who have yet to truly take their gluten-free plunge to know that they aren’t alone if they’ve also gone through something similar.

Okay, back to dinner!  So as Frank and I spoke about whatever it was on our minds that evening, I begin sampling the homemade raviolis on my plate.  Within about 10 minutes, my stomach becomes a huge knot.  Describing the sensation as discomfort wouldn’t do this feeling justice as it carries with it an impending sense that something inside me isn’t happy AT ALL.

I try to push the feeling aside and then BAM- wave one of feeling so utterly sick to my stomach runs through me.  I try to breath through it and hope that I appear calm and that nothing is wrong.  The feeling eventually subsides and we keep talking and eating.

BAM – second wave rolls through, but this time I feel simultaneously like I’m going to vomit and go to the bathroom.  Not Good.  At this point, breathing just isn’t going to cut it and I excuse myself from the table trying my darnedest that I’m calmly walking to the bathroom when I really NEED to run.

What happen next?  Well, it’s not pretty.  Explosive might be the best adjective to describe the rate at which food left my body.  I felt sooo sick.  Thinking that I must have a bug, I feel some what relieved now that the storm seems to have past.  Thus, I head back to the table to finish my dinner.

As I continued to eat, the same waves of sickness start rolling in again.  The game of trying to hide my pain and sickness to my friend and the rest of the people becomes to much to bare and again I excuse myself to the bathroom.  This time my speed is closer to a trot hoping to be speedy, but non-alarming to others eating.

Yet, this time both bathroom stalls are filled and I’m left praying that someone will finish up soon.  Simultaneously feeling a sense of dread because of how sick I feel, but also embarrassed because now I think that my dinner companion and everyone else MUST know that something’s wrong.  Who goes to the bathroom TWICE during the course of an entree?

After this trip to the restroom, I didn’t eat another darn thing.  I tried to be calm and hope that I’d not need to go to the bathroom again.  In fact, I think I might have even vowed to myself that I’d just have to hold it in for fear of further shame imposed upon me by my fear-filled brain.

This incident has stayed with me for years.  That impending urge that you’ve just got to go to the bathroom NOW or ELSE is one to which I think many of you can relate.  It’s the type of sick that makes you want to curl up in the fetal position and cry yourself to sleep.  It’s just awful.

My journey thus began to determine what the heck was up with my health.  I could no longer make the statement (or excuse) that I just had a bad stomach.  I had to act.

Can you relate to this type of situation?  Did you ever feel embarrassed to be running to the bathroom?

How the Gluten Autoimmune Connection Hurts Your Thyroid
August 19, 2014

Fatigue: The Gluten-Adrenal Connection
May 13, 2013

Still Sick? Parasites could be your Problem
March 25, 2013